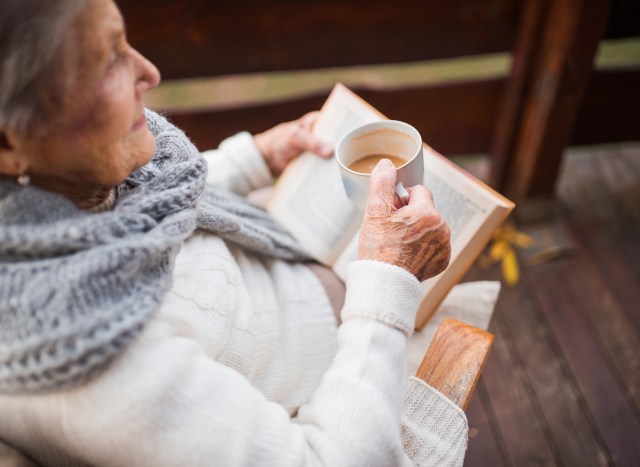 Though normal aging is associated with gradual memory loss, some sharp seniors can recollect events with startling clarity well into their sunset years. Northwestern University researchers have dubbed these people “SuperAgers” — individuals at least 80 years old with the memory retention of those up to three decades younger. A new study now suggests that the cause of their exceptional recall may be larger-than-average neurons.

Researchers at Northwestern’s Feinberg School of Medicine imaged the post-mortem brains of six SuperAgers, seven cognitively average elderly people, five people with the early stages of Alzheimer’s, and six people who were 20-30 years younger when they died. They focused on the entorhinal cortex, which comprises six layers of neurons and is one of the first locations Alzheimer’s disease targets. The entorhinal cortex’s second layer is a “crucial hub along the brain’s memory circuit,” as it receives information from other memory centers in the brain, a press release noted.

The researchers discovered that the second-layer neurons in the SuperAgers’ brains were significantly larger than those of everyone else tested, even the much younger individuals. The SuperAgers’ neurons were also mostly void of tau tangles — abnormal protein formations that are biomarkers of Alzheimer’s.

“The remarkable observation that SuperAgers showed larger neurons than their younger peers may imply that large cells were present from birth and are maintained structurally throughout their lives,” said lead author Dr. Tamar Gefen. “We conclude that larger neurons are a biological signature of the SuperAging trajectory.”

She noted that her team’s research is essential for furthering insight into Alzheimer’s and understanding why some people may be resistant to developing it: “What makes SuperAgers’ brains unique? How can we harness their biologic traits to help elderly [people] stave off Alzheimer’s disease?”

With the help of a $20 million grant the university’s SuperAger research program received last year, Gefen and others will be able to continue their quest for answers. The money will enable a wider reach, opening up research opportunities across the country and in parts of Canada.

Dr. Marsel Mesulam, director of the Mesulam Center for Cognitive Neurology and Alzheimer’s Disease at Northwestern, said in a statement: “I expect the expanded project to generate exciting discoveries on factors that enhance the brain’s resistance to Alzheimer’s disease and to the wear and tear of aging.”