Dolly Parton on Receiving the Carnegie Medal for Decades of Philanthropy: “I Just Give From My Heart” 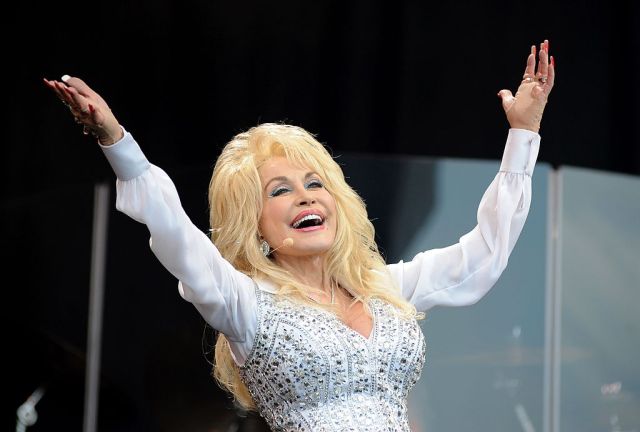 National treasure Dolly Parton has been singing her way into our hearts for decades, but the 10-time Grammy winner doesn’t just grace others with the gift of music. Parton is also well-known for her humanitarian efforts, having both contributed to and helmed several charitable organizations. On October 13, she was honored for her longtime generosity with a Carnegie Medal of Philanthropy.

At the ceremony at Gotham Hall in New York City, Parton began her acceptance speech with a “little song” she wrote for her nonprofit Imagination Library. Strumming her long nails against each other, she asked the audience to sing along as she proclaimed the beauty of books: “Books, books, I love books — the way they feel and smell and look. From my first look, I was hooked on books, books, books!”

But reading is just one of the many ways through which Parton seeks to make the world a better place. With the Imagination Library and the Dollywood Foundation, she’s donated millions to medical research, aided victims of natural disasters, and awarded college scholarships, in addition to promoting childhood literacy internationally.

And Parton’s interest in improving the world for others isn’t limited to charitable donations. After Whitney Houston covered Parton’s 1974 song, “I Will Always Love You,” turning it into a ’90s mega hit, Parton was inspired to do something special with the royalties she earned. She invested the money into an office complex in a predominantly Black neighborhood of Nashville, Tennessee.

“I just thought, ‘This was great. I’m going to be down here with her people, who are my people as well,’” she told NPR. “And so I just love the fact that I spent that money on a complex. And I think, ‘This is the house that Whitney built.’”

In an interview prior to the awards ceremony, Parton told the Associated Press: “I don’t do it for attention,” adding cheekily, “But look! I’m getting a lot of attention by doing it.” She pointed out that her fame affords her more celebration than people doing just as much, if not more, and expressed her hope that her efforts will inspire others to give back.

In an interview with Vogue, Parton elaborated on why she opted to devote so much of herself to supporting youth literacy. The cause was inspired by her father, who, despite never learning to read or write, always provided for his family of 12. “My dad was really smart — I used to imagine what his life would have been like if he [had been literate]. So, I got the idea that it would be a good thing to do something in his honor. He’d always get a good kick out of hearing the kids call me the ‘book lady.’”

In a display of her endearing charm, Parton joked around as she accepted the award, saying she was worried she’d have to remove her wig to get the medal off her neck. Then, “all kidding aside,” she expressed great pride in her work: “I’m very proud and honored to be a part of anything that is going to make the world a better place.”