After 2,500 Years, a Ph.D. Student Has Solved an Ancient Grammatical Puzzle 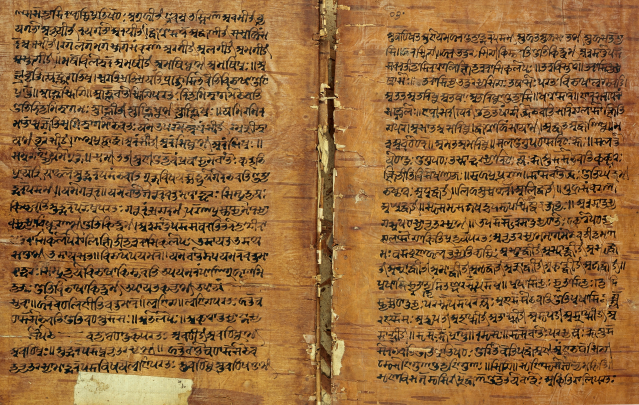 Outside of academia, many people have never heard of Pāṇini, the revered grammarian and scholar whom some experts refer to as “the father of linguistics.” A master of Sanskrit — a classical Indo-European language from South Asia, and the sacred and literary language of Hinduism — Pāṇini is thought to have produced his legendary treatise, the Aṣṭādhyāyī, around 500 B.C.

He is considered “one of the great intellectual achievements in history,” according to a press release, the Aṣṭādhyāyī contains nearly 4,000 grammatical rules designed to be used like a “language machine,” or algorithm, that can be fed a base word and suffix to construct millions of other words and sentences. Several of those rules, however, contradict each other, making it difficult to know which to apply in any given circumstance. To address this, Pāṇini created a metarule: an overriding directive to use in the event of a conflict. The problem? For over 2,500 years, no scholar has been able to correctly decode it — until now.

Rishi Rajpopat, who recently received his doctorate in Sanskrit studies at the University of Cambridge in England, solved what no one else could. In his Ph.D. thesis, the 27-year-old rejected a traditional but faulty interpretation of the metarule which states that “‘in the event of a conflict between two rules of equal strength, the rule that comes later in the serial order of the Aṣṭādhyāyī, wins.’” Instead, Rajpopat argued that when stuck between rules applicable to both the left and right sides of a word, Pāṇini chooses the one that applies to the right side — in other words, the rule that comes later in the word, not later in the order of rules. Using this new interpretation, the university student discovered that the language machine presented grammatically correct words with almost zero exceptions.

“I had a eureka moment in Cambridge,” he recalled in a statement for the Cambridge press release. “After nine months trying to crack this problem, I was almost ready to quit, I was getting nowhere.” He took the summer off, then got back to work. That’s when things started making sense. “There was a lot more work to do but I’d found the biggest part of the puzzle,” Rajpopar said. He continued working on the problem for two and half more years until completion. 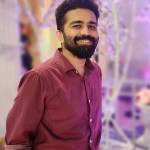 “Some of the most ancient wisdom of India has been produced in Sanskrit and we still don’t fully understand what our ancestors achieved,” he said. “We’ve often been led to believe that we’re not important, that we haven’t brought enough to the table. I hope this discovery will infuse students in India with confidence, pride, and hope that they too can achieve great things.”