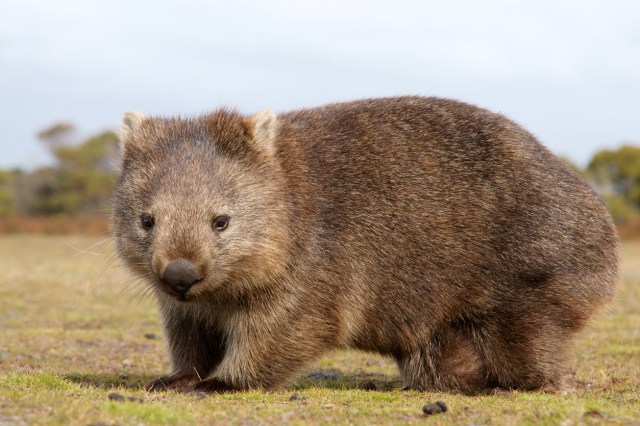 Unless you’ve visited Australia, you’ve probably never seen a wombat out in the wild. These stout quadrupedal marsupials — only found in the land down under — measure an average of about 40 inches in length and weigh between 55 and 88 pounds.

The extinct diprotodon, commonly referred to as the “giant wombat,” was much larger, though.  It could stretch up to 12 feet long and tip the scales over 3 tons. The diprotodon was the largest known marsupial to have ever walked the planet, which is why the beast is considered megafauna — large extinct animals that lived 2.5 million to 11,700 years ago, such as the mammoth and the megalodon.

However, despite the colloquial name, wombats belong to the Vombatidae family while diprotodon is part of its own (Diprotodontidae), so they’re not real relatives. “Diprotodon belongs to an entirely different family,” Julien Louys, an associate professor at the Australian Research Centre for Human Evolution, said in a press release. He noted that calling diprotodon a giant wombat is “equivalent to saying a hippo is just a giant pig.”

Now, Louys and a team of researchers from Griffith University have identified fossils belonging to the wombat’s actual long-lost ancestor: Ramsayia magna. 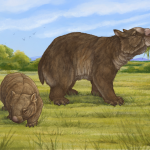 The scientists studied a complete skull of this “true giant wombat” that had been found inside a cave in Rockhampton, which is located in Central Queensland, Australia, in the early 2000s. It is believed to be around 80,000 years old, predating human arrival on the continent.

The Ramsayia’s cranium and mandible remained partially buried when the team began their recent excavation. The skull had previously been reported as belonging to an “undescribed genus and species of wombat,” Louys and his co-authors wrote in a study published in December 2022.

According to the press release, the team had enough information to confirm that the fossils belonged to Ramsayia, and to reconstruct what the species looked like as well as where and when it lived, in addition to its evolutionary line. They pinpointed a few key characteristics about the animal based on the skull, including that it had extensive cranial sinuses.

“This indicates that the wombat had a large, rounded skull for the attachment of specific and strong chewing muscles,” Louys said. It also possessed a premaxillary spine, indicating Ramsayia had a “large, fleshy nose.”

“In this paper, we show that all true giant wombats evolved large body sizes first, then individually became quite specialized to eat different types of grasses,” he added.

Still, Louys and his team do not know exactly how long the Ramsayia was roaming around Australia, or why it went extinct.