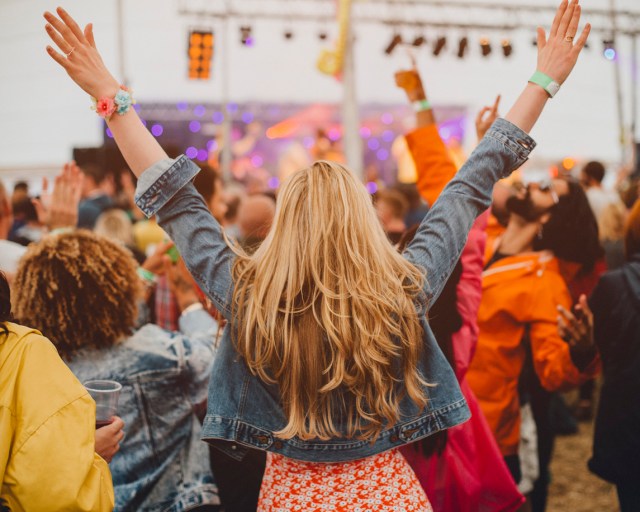 Many a Burning Man attendee has been known to wax rhapsodic about their experiences communing in the desert. And that type of passion is well documented throughout history — sociologist Émile Durkheim called the self-transcending effects of mass gatherings “collective effervescence.”

Now, a study out of Yale suggests that the transformative impact of festivals persists long after they’ve ended and that the feeling of connectedness participants experience extends past their social circles to “all of humanity.”

“We’ve long known that festivals, pilgrimages, and ceremonies make people feel more bonded with their own group,” Daniel Yudkin, a postdoctoral researcher and one of the paper’s authors, told Yale News. “Here we show that experiences at secular mass gatherings also have the potential to expand the boundaries of moral concern beyond one’s own group.”

The research was led by M.J. Crockett, an associate professor of psychology at Yale. There, she helms the “Crockett Lab,” a program that investigates “human morality in the lab and in the wild.” For this study, she and her team tracked 1,215 participants who each attended one of six multi-day festivals — including Burning Man. All the festivals were secular, included more than 500 attendees, and centered onart, music, and self-expression.

The psychologists adopted a “lab-in-the-field approach,” the study explains. They attended the festivals wearing white lab coats and set up booths in well-trafficked areas. Then, they approached festival-goers and invited them to “Play Games for Science.”

Participants filled out short surveys about their experiences but were not told the purpose of the data collection. The researchers also measured generosity by setting up games that required participants to donate prize tickets to strangers. After the festivals, researchers sent participants five follow-up surveys inquiring about their level of connection to humanity.

The authors found that those who felt transformed by their experiences at the festivals also felt more of a connection to humanity and more willing to help distant strangers. Moreover, these effects persisted long after the festivals ended.

Crockett’s team acknowledged the likelihood that many participants attend festivals with strong expectations to feel transformed, which could create self-fulfilling prophecies. The researchers accounted for this possibility by testing whether or not that desire predicted an actual transformative experience.

While they noted a positive correlation between those who expected the transformation and those who achieved it, they wrote that significant evidence pointed away from results being merely self-fulfilling prophecies. “We found that, of the 49.6% of participants who did not even somewhat expect to be transformed, nearly half (46.7%) reported being at least somewhat transformed,” the study explains.

Noting the research’s applicability to today’s post-pandemic social climate, Crockett told Yale News, “Transformative experiences help people transcend the borders of the self and connect with all of humanity — crucial qualities to cultivate as we work to end this pandemic and prevent future ones.”

So, if you’re planning on attending a festival in the future, you can look forward to experiencing an increased connection to humanity in addition to good music, food, and art.