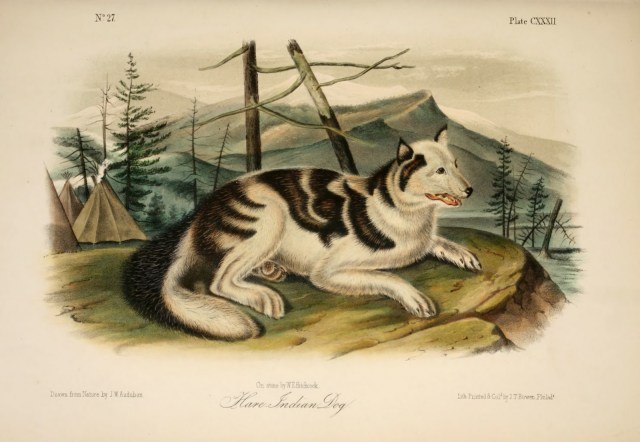 Canine remains found at the colonial settlement of Jamestown have provided new information about the lineage of dogs, both indigenous and of European origin, in the Americas. After extracting DNA from the bones, a team of archeologists from the University of Iowa were able to confirm that the remains belonged to indigenous dogs. The discovery is believed to be the first scientific proof that establishes the existence of indigenous dogs in the 17th century settlement. Researchers hope that the discovery can help to expand our understanding of the history of dogs on the continent.

The canine remains came from the artifact collection of Jamestown Rediscovery, which falls under the auspices of Preservation Virginia, a historic preservation organization. The bones “have lineages reaching back to some of the earliest introduction of dogs to North America, so around … 13,000 years ago,” Ariane Thomas, a Ph.D. student at the University of Iowa, explained to USA Today. The discovery is the first step in determining when and how European dogs came to replace indigenous ones.

Thomas had originally expressed interest in researching the Jamestown remains due to her curiosity about the history of both indigenous and European dog lineages. She believed Jamestown was the perfect location to find out more, given that it was the first permanent English settlement in North America, she told the outlet. 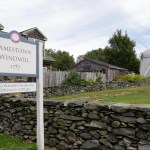 News of the discovery was first published in spring of 2022. At that time, researchers began working with DNA from two canines from the Jamestown settlement. They team revealed that these remains aren’t closely related to remains of other dogs dated from roughly A.D. 1000 to 1400 at Weyanoke, another Virginia colony located slightly over 30 miles away from Jamestown. According to Thomas, this revealed that “there’s a lot more diversity than maybe we initially thought,” she said per Science.org, and that European dogs may have replaced indigenous ones slowly.

It’s not yet determined how exactly indigenous dogs came to be at Jamestown, noted Thomas, who added that colonists wished to preserve the lineages of their European hunting dogs, and were likely keen on preventing their dogs from breeding with indigenous ones. A law passed in 1629 reportedly made trading European dogs to indigenous people illegal. Nonetheless, additional archeological evidence suggests indigenous people may have lived and worked at the settlement, and may very well have brought their own canine companions with them

Since news of the study was published, DNA from a third dog was incorporated into the project, USA Today reported earlier this month. According to Thomas, its DNA closely matches canine remains found at a Native American archeological site called the Hatch site, an older site (by about 1,000 years) located roughly 20 to 30 miles from Jamestown. With all three dog specimen remains, DNA was extracted from the upper part of the jaws, where tooth roots provided the best source of DNA. 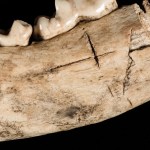 Prior to the team’s research, archaeologists had difficulty determining the origins of dog samples found, particularly since they did not seem to come from known European dog breeds.

Michael Lavin, director of collections at Jamestown Rediscovery, revealed that some excavations were determined to have come from “the starving time,” or the winter of 1609 to 1610. Evidence suggests that not only did the colonists resort to eating dogs during this difficult time, but also horses, cats, rats, “and even humans.” According to Lavin, “After (humans) died, they resorted to survival cannibalism. This dog story is just further evidence of that horrible winter.”

The relationship between dogs and humans during this time also remains unclear, although Thomas theorized that dogs were “not necessarily regarded as pets as we would consider them today. The dogs may have traveled to Jamestown with Native Virginians and stayed there without direct human intention or interference.”

Following the spring 2022 study, Thomas and the  team planned to sequence the DNA of the canine remains from Jamestown to determine whether those dogs were fully indigenous, or the result of breeding between the indigenous dogs and those brought by European settlers.