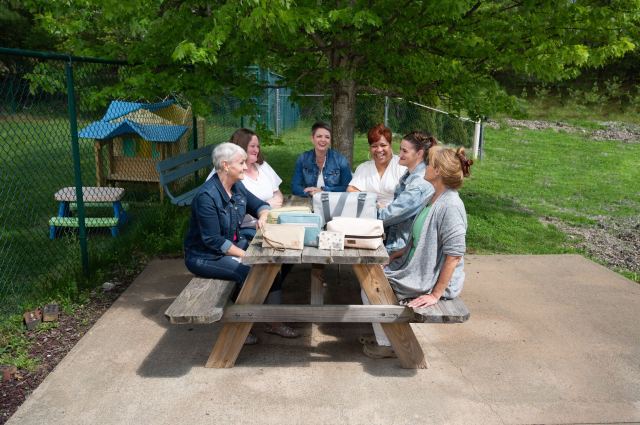 Kelly Lyndgaard is open about the fact that she once thought people struggling with addiction were irresponsible or simply making poor choices. But today, the former executive is their champion, having built a thriving business and a strong community with the goal of helping women put — and keep — the pieces of their lives back together.

After spending time with a local recovery program, Lyndgaard’s eyes were opened to traumatic life experiences that drove many to substance abuse, and the lack of available resources for helping an individual stay sober. So she started Unshattered, a handbag and accessory brand, and hired only women in addiction recovery.

“I felt that I could use my business skills to help close the gap between sobriety and long-term success, and Unshattered has been employing women in recovery for more than six years now,” Lyndgaard told Nice News.

According to the National Institute on Drug Abuse, substance use disorders have a relapse rate of 40-60%, similar to other chronic medical conditions. With Unshattered, Lyndgaard wants to end that relapse cycle. “We’ve had just a single relapse for our employees,” she shared.

“We’re seeing our women really thrive in recovery. Three of them have spoken at the White House. One of our employees was named 40 under 40 business leader for our community here in Dutchess County last year,” Lyndgaard continued, adding, “It turns out all that they needed was some safe community, purpose, and good work to do.”

The upstate New York-based nonprofit specializes in handmade leather bags and has established partnerships with companies like Southwest Airlines to recycle materials into new artisan products. 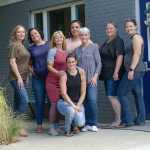 Each bag has a series of things that make it unique. First, the names, like Ashley, Joy, and Sheila, are in honor of somebody who’s still struggling with addiction. The woman making the item also incorporates a “secret message” with a personal detail about herself — perhaps her number of days of sobriety or something else meaningful — inside the liner of the bag.

Finally, Lyndgaard looks to the Japanese art form of kintsugi as inspiration for both the bags and the organization’s overall ethos.

“Kintsugi was when a piece of pottery was broken, they would use gold in the cracks to put it back together. And that was so beautiful that it became a form of art,” she explained. “The term roughly means ‘more beautiful for having been broken.’ So Unshattered is really celebrating that those places of brokenness, where we have been fully healed, are actually the places where our beauty and goodness shine through … those places that have been healed can actually be our biggest places of success.”

As an ode to that, each Unshattered bag contains a single gold thread. Beyond the products, though, Lyndgaard said the community is a critical part of what makes Unshattered work. Being around like-minded people who can encourage and motivate each other is key to sobriety, and creating a safe space like that is a lesson the women can take forth with them in the future.

Looking ahead, Unshattered has plans to get bigger and better: The nonprofit is preparing to close on a new facility to further expand its mission and output.

“It just never gets old to see a woman make something beautiful,” Lyndgaard said. “And that first moment of pride where she’s like, ‘I’ve made this!’ — it’s an incredible thing to witness their own shift into believing what is possible for them.”