Constellations, Planets, and Other Celestial Events: Your Guide to the October 2022 Night Sky 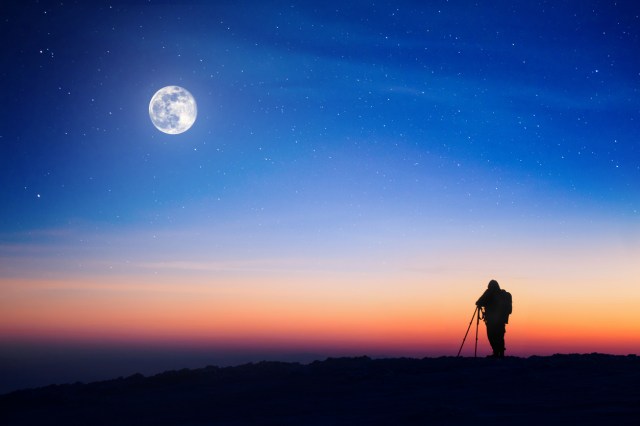 With the fall equinox newly behind us, and as the evenings begin to grow longer, it’s an especially exciting time to turn your gaze toward the heavens.

We’ve compiled a list of constellations, planets, and other celestial events to keep an eye out for in the October 2022 night sky, preferably while you’re wrapped up in a blanket and with a cup of hot cocoa in hand.

Bear in mind, the sparkly displays and planetary presences listed below apply to mid-northern latitudes. In other words, these are generally visible to those who live in the contiguous United States, southern Canada, central and southern Europe, central Asia, or Japan, according to Almanac.com. 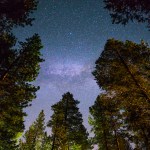 The Constellation of Pisces, or “The Circlet”: While The Circlet can be enjoyed from June through February, it’s most easily spotted during the months of September and October. For a monthly guide of when it rises and sets, click here. The constellation represents a pair of fishes, with the westernmost fish consisting of seven stars in a ring formation, hence its nickname.

The Great Square of Pegasus: The highlight of the constellation of Pegasus is the “Great Square,” also known as the Flying Horse. Despite being one of the larger constellations, most of its individual components are not easily spotted. Late September and early October are considered the ideal window for viewing this constellation.

The Hyades star cluster, a.k.a. the “V”: The V formation is the Face of the Bull in Taurus. The brightest orange star within it is Aldebaran, which is considered to be the bull’s eye.

Saturn, Jupiter, and Mars are the planets that will be visible in the October night sky. Saturn can be found looming high in the sky and shining steadily. Jupiter, brighter than any star, is also a constant presence. Mars joins them, red and brighter than most (but not all) stars.

And in the mornings, Mercury, Mars, and Jupiter will be visible at or just before sunrise. On October 8 in particular, Mercury will be at its highest point above the horizon in the morning and therefore easiest to spot on that day. 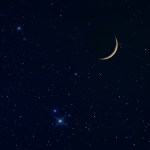 Orionids Meteor Shower
Dates: October 2-November 7, peaking on the night of October 21 and the morning of October 22.

The Orionids is considered an “average” shower, according to SeaSky.org, producing up to 20 meteors per hour. It is produced by the comet Halley, and, given its occurrence during the crescent moon, should be particularly visible. The best time to look for this one would be after midnight in a dark location. The meteors radiate from Orion, but can be spotted anywhere in the sky.

Considered a “minor” meteor shower, per SeaSky.org, it produces about 10 meteors per hour, which are generated by dust grains left in the wake of comment 21P Giacobini-Zinner. Optimal viewing time is early evening. The meteors radiate from Draco, and can be spotted anywhere up above.

There will be two evenings that offer a particularly spectacular view of October’s full moon, known as the “Hunter’s Moon”: Sunday, October 9 and Monday, October 10. And if you time it right and manage to catch the moon as it rises on these evenings, it will appear more colorful (orange, due to atmospheric conditions) and larger than at any other time of night, for approximately 15 minutes after rising, according to Forbes. This handy online tool can tell you exactly when the moonrise and moonset take place where you live. 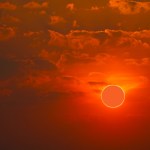 The partial solar eclipse occurs when the moon covers only part of the sun. Please note that it’s safest to observe this phenomenon with a special solar filter. For more eye safety tips, check out this guide provided by NASA.

With new moons, the moon is in alignment with the sun, making the night sky darker —  an ideal opportunity to check out the planets and constellations noted above!

For even more nighttime events taking place in the October sky, check out NASA’s Daily Skywatching Guide — another resource for keeping on top of it all, day by day — and visit www.SeaSky.org and EarthSky.org for more in-depth information and optimal viewing times.