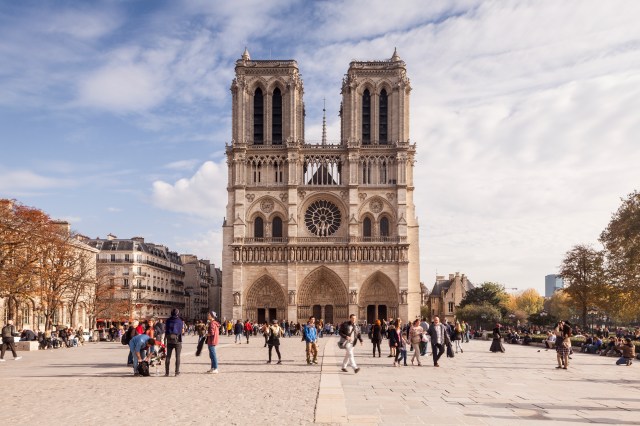 Nearly three years after the devastating fire at Paris’ Notre Dame Cathedral, reconstruction efforts have led to some extraordinary discoveries. As the restoration team was checking the stability of the ground before installing new scaffolding this past March, they stumbled upon several ancient tombs and a lead sarcophagus that likely date back to the 14th century.

The findings are “of remarkable scientific quality,” France’s Culture Ministry announced in a statement, adding that the artifacts would “enrich [their] understanding of the history of Notre-Dame de Paris.” The cathedral itself dates back to 1163, when Pope Alexander III first laid the foundation stone for the house of worship.

Archeologists working on the site believe the sarcophagus, which had buckled under the weight of the cathedral but remained sealed, was likely for a senior dignitary who lived in the 1300s. Using endoscopic cameras to look inside the coffin, they were able to observe a well-preserved body at rest. “You can glimpse pieces of fabric, hair, and a pillow of leaves on top of the head, a well-known phenomenon when religious leaders were buried,” Christophe Besnier, the lead archaeologist, told AFP in Paris.

RELATED: Artist Brings the “Mystical” Vibrations of Notre Dame’s Historic Bells to the Public — Listen to the Sonic Landscape

Dominique Garcia of the National Institute for Preventive Archaeological Research added that the findings will hopefully help advance research on funeral practices in the Middle Ages. The body was set to be sent to the Institute of Forensic Medicine in Toulouse, France, for examination — and will be regarded “not as an archaeological object but as an anthropological asset,” Garcia said, according to ARTnews.

In addition to unearthing the tombs and coffin, excavation efforts revealed an underground heating system from the 19th century and several other smaller artifacts, including the bust of a bearded man, a pair of carved hands, and sculpted vegetables with traces of paint still present. 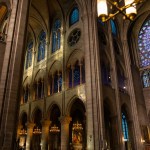 Many concurrent projects are also underway to restore and renovate the beloved cathedral:  Work has recently begun on the building’s iconic stained glass windows. Per Reuters, most of the 170-year-old windows survived the 2019 blaze but became covered in smoke and dust, blocking light from streaming through the glass. To avoid damaging the windows in the cleaning process, restorers must gently rub the colorful surfaces with a mixture of water and ethanol.

Flavie Serriere Vincent-Petit, the head of a stained glass company near Paris, is in charge of restoring 22 of the 39 windows. She told the outlet they are currently in a “major cleaning phase,” which, when completed, will ultimately “give back full brightness to Notre Dame.”

And eager visitors may only need to wait a couple more years to experience that brightness. In July, France’s Culture Minister Rima Abdul Malak announced that the cathedral is on track to reopen to the public in 2024 — the same year the country is set to host the Summer Olympics.