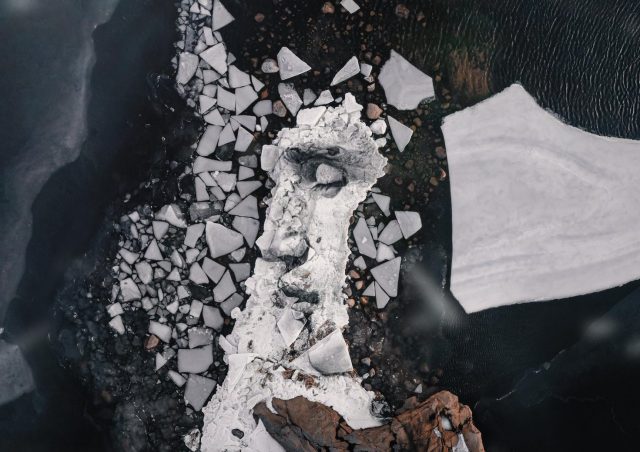 American artist David Popa is committed to his craft — so much so that when the 29-year-old became intrigued by the idea of what it would look like to paint on ice, he dove into the freezing ocean off the coast of Finland to find out. Alone with his supplies, he spent hours in the open air, creating gorgeous charcoal portraits as transitory as the natural canvases on which they were painted.

“Having moved to Finland nearly eight years ago, the winter and ice formations always fascinated me, and aesthetically they look stunning from above,” Popa told Nice News. “I loved the idea of creating a work on a moving canvas that could change at any moment.” 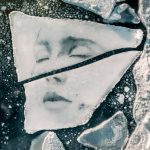 The title of his collection, “Fractured,” symbolizes more than just his medium. “The theme became very important as the portraits are cracked and fractured yet still hold beauty —  much like our lived reality,” the New York native said. 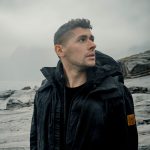 Popa is used to incorporating the natural world in his art, previously working with massive rock formations to create incredible “Earth murals.” But he found that ice makes for the perfect painting surface. Because it’s so bright, he only needed to use one material — either charcoal or soil — to achieve his desired effect. That bit of simplicity may be the only such element involved in the undertaking, however. 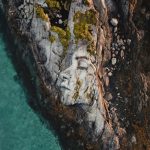 To get to some of the ice floes, which many refer to as “floats,” the artist had to swim over a hundred feet out to sea, wearing a full drysuit and carrying his equipment in watertight bags, including the drone he used to capture the portraits from up above, Newsweek reported.

The most challenging aspect of his work, besides “being really cold,” is the time limitation. He must complete the portraits in around four hours; after that, the charcoal starts to soak into the ice and the huge floes are more liable to fracture into small pieces. But he relishes the difficulties, saying the combination of challenges makes for an “invigorating process and result.”

Popa enjoys the adrenaline that accompanies working with such an imposing medium as nature. “The rush of stumbling upon a new location and seeing a portrait waiting to be unearthed and then pushing myself to the limits to then reveal it is just pure euphoria,” he said. “I am always surprised by the way nature ends up working its own magic into the piece and how a merely cool idea begins to form into a much deeper expression that I could have never anticipated.”