Queen Victoria Was a Fan of “Textspeak” — and Scotch Whiskey, According to a New Discovery 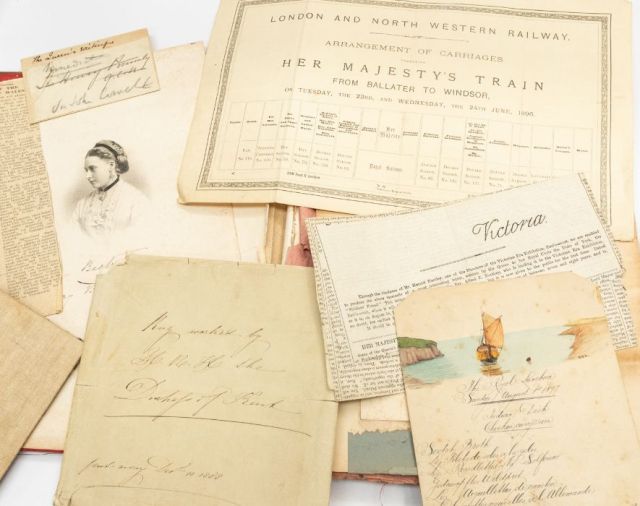 Here’s something Queen Victoria unexpectedly had in common with many of today’s smartphone users: the propensity to shorten words.

The queen was an avid diarist and kept a regular journal throughout her reign (1837-1901), so historians have ample evidence to back up this claim. But there’s been a new discovery that has provided further insight into her life and habits: A collection of journal entries penned by Queen Victoria were found on the Isle of Wight, her final resting place, at the former home of an antique shop owner. 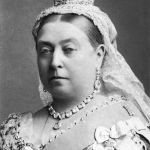 In the letters, she referred to herself as “the q.,” and shortened various words, like writing ”which” as “’wh.” Her penmanship was rather illegible in her later years — a likely sign of inebriation, not haste, said Jim Spencer, an antiquarian book specialist at Hansons Auctioneers.

“A forensic graphologist helped me with the letter as it was near impossible to decipher any of it. Letters written in her final years are notoriously challenging to read,” Spencer said in a press release. “The graphologist confirmed it is by Queen Victoria, and managed to transcribe most of it. They suggested she may have been a little drunk when she penned it due to the way the words drift off and the fact that they were so large — about three words to a line.” 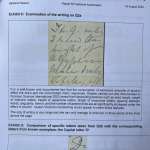 Historians and auctioneers agree that her untidy handwriting is indicative of a monarch who liked a boozy beverage, even in her late years. 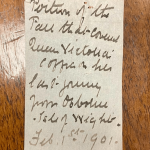 Queen Victoria was widely admired in the eyes of the British. She came to the throne at age 18 during a time when the British monarchy was unpopular due to the rocky reign of her predecessors, according to National Geographic. Victoria and her husband Albert “expanded the monarch’s public role, supporting charities, the arts, and civic reform,” becoming de-facto celebrities, the outlet reports. The queen was a big fan of photography, and her likeness was printed on cards that sold as collectibles during her reign.

The most popular photographs portrayed the queen not as a power figure dressed in regalia, but instead as a conservatively dressed mother with her daughter, Princess Beatrice, on her lap. Her commonplace characteristics made her a beloved monarch of her time and a fascinating, yet relatable, figure to this day.