A Special Lunar Eclipse, Aquatic Constellations, and More: Your Guide to the November 2022 Night Sky 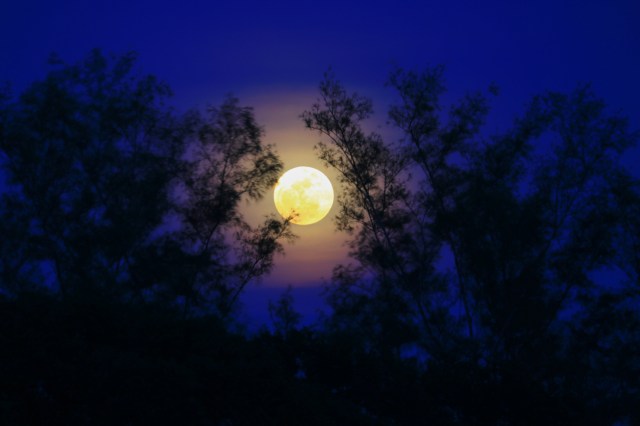 November’s night sky brings us a number of aquatic constellations, Uranus at its closest and brightest, meteor showers, and a special moment Smithsonian Magazine listed as one of its top celestial events of 2022: a total lunar eclipse that happens to accompany this month’s full moon! Read on for more details on all that and more.

If you look to the south, the swatch of night sky known as The Water — a region filled with aquatic-themed constellations — takes center stage this month. As with last month, it’s still an excellent time to look for the constellation of Pisces, which is most easily found by its brightest star Fomalhaut. Above Fomalhaut is the constellation of Aquarius, and below and to the right of Aquarius lies Capricornus, the Sea Goat. November’s New Moon, taking place on the 23rd, is the ideal evening to look for these starry displays thanks to the absence of the moon’s bright light.

November 9 is the night that Uranus will be at its closest to Earth for the year, and it’ll be at its brightest as well, fully illuminated by the sun. While it’s possible to spot it in the sky using only your eyes — look for a blue-green dot — a telescope will allow you to fully bask in all the planet’s glory.

The Taurids meteor shower is unusual in that it consists of two separate streams: the first resulting from dust grains left behind by Asteroid 2004 TG10 and the second stream caused by debris left behind by the Comet Encke. While this meteor shower runs annually from early September to early December, it peaks on the night of November 4. Given that the moon will be close to full on this evening, only the brightest meteors will likely be visible. Prime viewing time is just after midnight. 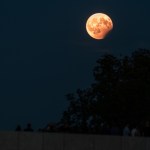 This month’s full moon, commonly referred to as the Beaver Moon, will reach peak illumination in the early hours of November 8, around 6:02 a.m. EST, and it’ll be accompanied by a total lunar eclipse, making this a very special event. The second total lunar eclipse of the year, this one will start a few hours prior to the full moon peaking, at around 3 a.m. EST. If you live on the East Coast, you’ll be able to enjoy the full show from start to finish, while those in the Midwest and West will be able to see at least some of spectacle. Look for the moon to grow darker and then appear rusty or blood red, which is caused by the sun’s rays bending around Earth and through its dusty atmosphere. Smithsonian Magazine listed this lunar eclipse among its top ten celestial events of 2022, so be sure to catch it if you can! 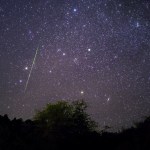 The Leonids meteor shower takes place every year from November 6 through November 30, peaking on the night of November 17 and the morning of November 18. Optimal viewing will take place after midnight, preferably from a dark location free of city lights. Fun fact: This meteor shower also has a cyclonic peak every 33 years, at which time hundreds of meteors can be seen every hour. This last occurred in 2001, so while 2022’s occurrence won’t offer up something quite so impressive, it’s still worth keeping an eye out for.

As is the case with all new or dark moons, this is the best time of every month to observe galaxies and constellations given the absence of moonlight that typically otherwise outshines these other objects.