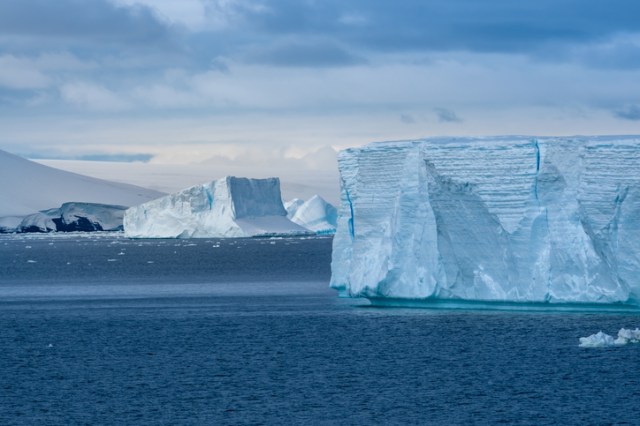 Scientists working in Antarctica got quite the surprise while investigating the effects of climate change on the Ross Ice Shelf. The team, with members hailing from various universities in New Zealand, had drilled 500 meters down to access a river underneath the shelf. They immediately found their camera swarmed with marine life — indicating an underwater ecosystem that until now was hidden below the shelf and completely unknown.

The discovery came about after New Zealand researcher Huw Horgan, an associate professor with the Antarctic Research Center at the Victoria University of Wellington, spotted an unusual groove on the shelf via satellite imagery. He and his colleagues suspected it represented an under-ice estuary, part of a network of freshwater lakes and rivers thought to exist beneath the frozen surface. Two years later, they gathered in Antarctica to locate the groove and drill through the ice — the first time any researchers would directly study the water beneath, according to a news release by New Zealand’s National Institute of Water and Atmospheric Research (NIWA).

The team wasn’t sure exactly what they were looking at as the camera submerged in the water and blurry specks began obscuring the video feed: “For a while, we thought something was wrong with the camera,” Craig Stevens, a marine physicist with NIWA, told The Guardian. Once the focus improved, however, it became clear that they were watching a fast-moving swarm of amphipods — tiny crustaceans that resemble miniscule shrimp and belong to the same phylum as lobsters, crabs, and barnacles.

And the amphipods weren’t the only revelation beneath the ice shelf. “There was a huge element of discovery for us,” Stevens explained in the NIWA statement. “The first surprise was that the meltwater tube wasn’t nice and smooth as we expected — it had a strange structure and was quite narrow, with loads of undulations. It looked like a loaf of bread, with a bulge at the top and narrow slope at the bottom. The water within comprised four or five different layers flowing in different directions.”

Having not expected to find any signs of life in the icy water, the scientists were flooded with childlike wonder upon the remarkable realization. “We were jumping up and down because having all those animals swimming around our equipment means that there’s clearly an important ecosystem there,” he recalled to The Guardian.

Horgan added: “Getting to observe and sample this river was like being the first to enter a hidden world.”