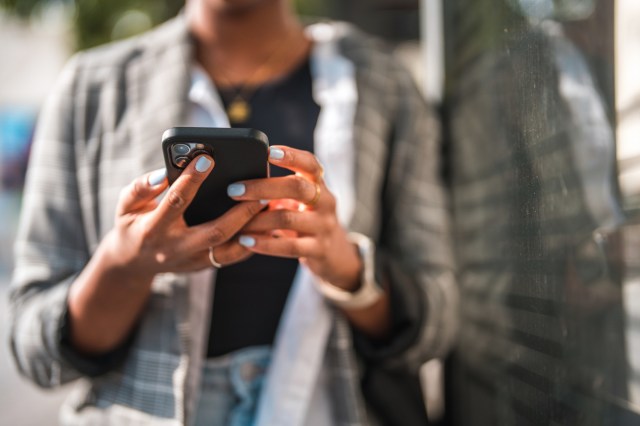 Many people don’t think about their clothing being anything more than a fashion statement, uniform, or necessity — but the clothes you put on could one day power up some popular handheld products. Researchers at Nottingham Trent University have created a new type of fabric that can charge simple electronic devices via solar energy: an “e-textile” that can harness enough solar power to charge small items like a mobile phone or a smartwatch.

The swatch of material, developed by the Advanced Textiles Research Group (ATRG) at the university, is still considered an advanced prototype, containing 1,200 tiny photovoltaic cells (solar panels) capable of harnessing a combined 400 milliwatts of electrical energy from the sun, per a press release. But its creators anticipate that this fabric can eventually be incorporated into everyday clothing items or fabric accessories, such as jackets or backpacks. 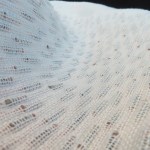 The material’s miniature solar cells have durable but flexible wiring and are encased in a waterproof polymer resin. Each cell is a mere  5 millimeters in length by 1.5 millimeters in width, resulting in a fabric that is designed to be comfortable as well as functional.

“This prototype gives an exciting glimpse of the future potential for e-textiles,” said Dr. Theodore Hughes-Riley, who oversees the ATRG project.

In the quest to harness solar energy, a number of applications and innovative ideations have shown demonstrable potential, including solar-powered appliances, windows, autos, and solar paint. Solar clothing is a relative newcomer to the field.

Researchers at Aalto University in Finland have spent the past two decades developing wearable technology. Their initial efforts resulted in clothing items that either had to be plugged in and charged or powered by a battery pack in order to function as intended. In recent years, the University’s Sun-Powered Textiles team developed a more practical and user-friendly iteration: solar panels that could be embedded within clothing and textiles by being sewn under the outer fabric layer.

The newest e-textile developed by the researchers at Nottingham Trent University represents an exciting new stage in the evolution of this kind of wearable tech. Bulky designs and/or relatively fragile material may now give way to a far more practical variation. This new fabric is designed to look, feel, and behave more like traditional fabrics — including possessing the ability to stand up to the washing machine.

“Electronic textiles really have the potential to change people’s relationship with technology,” said Dr. Hughes-Riley, as this prototype shows how we could do away with charging many devices at the wall.”