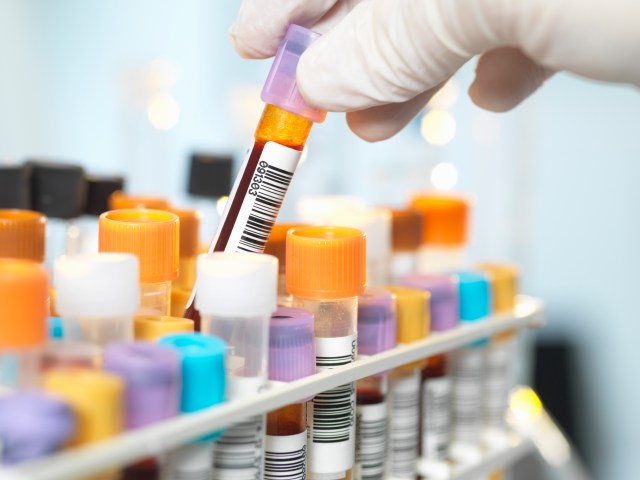 Scientists have created a blood test that can predict people’s risk of heart attack, stroke, and heart failure, or death related to those conditions over a four-year period.

The test could save lives and prevent serious medical emergencies by helping doctors see if current drugs are working and whether patients might need additional or alternative medications, The Guardian reported. It’s being used in four healthcare systems in the U.S. and may expand to the U.K. soon.

More accurate than risk prediction models based on genetic assessments, the test measures 27 proteins contained in blood plasma, which shed light on the state of someone’s organs, tissues, and cells at any moment.

It also fills a significant gap in medical assessment and treatment. Existing risk prediction models are typically less accurate for patients who have already had a heart attack or stroke, have an additional illness, or are already taking risk-reducing drugs. This test has proven accurate for those cases.

News first broke in a study published in Science Translational Medicine in April. Dr. Stephen Williams at SomaLogic in Boulder, Colorado, who authored the study, describes the medicine as revolutionary.

“I think this is the new frontier of personalized medicine, to be able to answer the question, does this person need enhanced treatment? And when you’ve treated someone, did it actually work?” he told The Guardian.

SomaLogic’s test can categorize people’s risk levels and provide a percentage likelihood of suffering a cardiovascular event within four years.

“If it turned out that your score was high, you would have a roughly one in two chance of an event, but the average time to that event would be just over 18 months, and the most likely event type would be death,” said Williams.

He added that a person with that risk profile would “need immediate enhanced cardio protection [in the form of drugs or other interventions], because those are near-term catastrophic risks.”

Artificial intelligence played a significant role in the creation of this groundbreaking test. Researchers used machine learning to analyze blood samples from 22,849 people, and they identified 27 proteins out of 5,000 total in each sample that could predict heart attack, stroke, heart failure, or death over four years.

They found their model was twice as effective as existing risk prediction models, which rely on a person’s age, sex, race, medical history, blood pressure, and cholesterol.

The study reports even more reasons to hope. Looking ahead, Williams said he’s hopeful the test will also be used as a quick way to assess cardiovascular drugs in development, getting treatments to patients faster and saving lives in the process.