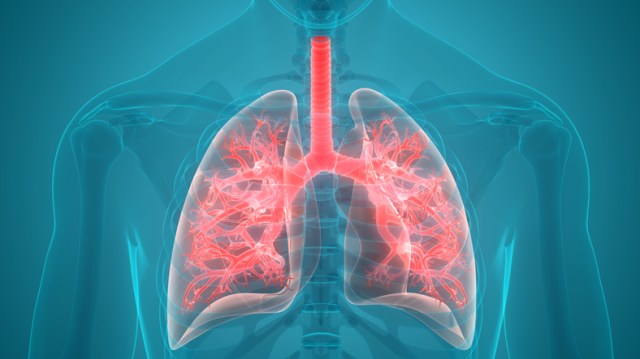 We often hear about the benefits of strengthening the muscles in our arms and legs, but research suggests that working out the muscles we use for breathing could have a profound effect on blood pressure, similar to that of medication.

In October, scientists published the results of a study that asked participants between the ages of 18 and 82 to use a handheld device called PowerBreathe. The device creates resistance when users breathe into it, making it harder to inhale and strengthening muscles over time.

“The muscles we use to breathe atrophy, just like the rest of our muscles tend to do as we get older,” study author Daniel Craighead, an integrative physiologist at the University of Colorado Boulder, explained to NPR. “We found that doing 30 breaths per day for six weeks lowers systolic blood pressure by about 9 millimeters of mercury.” He likened the results to what one would expect from typical aerobic exercise, such as riding a bike, walking, or jogging.

The outcome is also similar to what you’d see from medication, according to Dr. Michael Joyner, a physician with the Mayo Clinic who studies the way the nervous system regulates blood pressure, heart rate, and metabolism in response to certain physical and emotional stressors. “That’s the type of reduction you see with a blood pressure drug,” Joyner told the outlet about the study’s findings, adding, “I think it’s promising.”

Breath training lowers blood pressure by increasing the function of endothelial cells, per NPR. These cells make up the lining of blood vessels and encourage the production of nitric oxide. In turn, nitric oxide relaxes the blood vessels’ inner muscles, allowing the vessels to widen and increasing blood flow and circulation. Another way in which the training helps to drop blood pressure, Craighead shared with the health publication Prevention, is by lowering activity in the sympathetic nervous system, also known as the fight or flight response.

And the training method has potential benefits beyond just lowering high blood pressure, researchers say. It can be used to prevent high blood pressure in those who are currently in the normal range, help athletes with endurance, and mimic some of the effects of aerobic exercise for people who may not be able to physically work out.

In an editorial published alongside a previous breath training study, Dr. Joyner touted the “therapeutic” benefits of proper breathing, and elaborated on how respiratory muscle training can positively impact health, including for people with lung disease and sleep apnea.

He concluded: “Taking a deep, resisted, breath offers a new and unconventional way to generate the benefits of exercise and physical activity.”