NASA’s Artemis I Launch: Everything to Know About the Moon Mission 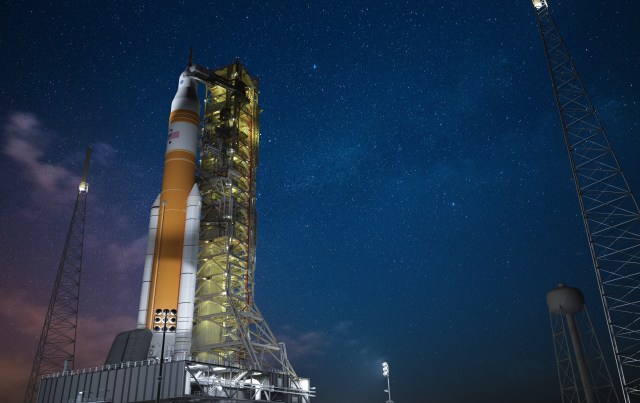 Go for liftoff: The historic Artemis I mission, the first step in humanity’s return to the moon, is set to take off from the Kennedy Space Center in Florida on Monday, November 14. NASA’s Space Launch System (SLS)  — the most powerful rocket ever built — will send the spacecraft Orion on a 42-day journey farther into space than any other vessel intended for human occupancy has traveled before.

The first leg of the spacecraft’s journey was the nine-hour voyage it took being carried from the Vehicle Assembly Building (VAB) to the launch pad on Friday, November 4. It was a long-awaited arrival — though not the only time the vessel has been transported those four miles in preparation for takeoff. The historic event has been delayed three times since first being scheduled over two months ago. 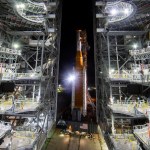 The Long and Winding Trip to Take-Off

Originally set to commence around 8:30 a.m. ET on Monday, August 29, the mission was halted early that morning due to an issue with an engine bleed, NASA announced at the time. Another attempt was planned for just five days later, on September 3, but that would also be postponed, thanks to a leak in the spacecraft’s hydrogen fuel line.

A third attempt was then targeted for September 27, only to be derailed again as the devastating Hurricane Ian loomed. The tropical storm made landfall on September 28, a day after the planned launch.

About two weeks later, on October 12, NASA tweeted that a fourth attempt was targeted for mid-November, and now, if all goes well, viewers can tune in from home to watch Artemis I begin its ascent next Monday.

All About the Upcoming Mission

Artemis I is the first and only uncrewed mission in a series of three. Artemis II, planned for 2023, will follow a similar flight path to its predecessor, flying past the moon and testing that the vessel operates as designed with astronauts onboard. Finally, Artemis III, planned for 2025, will see astronauts stepping onto the surface of the moon for the first time since 1972 — two of whom will be the first woman and the first person of color ever to do so.

So why are we going back now? NASA has many goals, including gaining insight into our planet and the solar system and creating hundreds of thousands of jobs. But the biggest motivation? Making it to Mars.

So why are we going back now? NASA has many goals, including gaining insight into our planet and the solar system and creating hundreds of thousands of jobs. But the biggest motivation? Making it to Mars.

In May of 2022, NASA released its 50 Moon to Mars objectives, which include transportation and habitation, science, and operations goals on the red planet.

“Astronauts will live and work in deep space and will develop the science and technology to send humans to Mars.” – NASA

To help achieve those objectives, a base camp will be established on the moon; it will include a mobile habitat, a rover, and several reconnaissance robots. In addition, plans are in place to eventually construct fission power plants and refueling outposts.

“Astronauts will live and work in deep space and will develop the science and technology to send humans to Mars,” NASA Administrator Bill Nelson said on August 8 at a press briefing about the Artemis missions. “And we’re going to learn to use the resources on the moon in order to be able to build things in the future, as we go — not a quarter of a million miles away, not a three-day journey — but millions and millions of miles away on a months and months, if not years, journey.”

How the Launch Will Go

After SLS launches Orion, the spacecraft will propel itself out of Earth’s orbit using a service module provided by the European Space Agency (ESA). It will fly within 62 miles of the moon’s surface and then 40,000 miles past it, where it will remain to collect data for six days before returning home.

Orion will reenter Earth’s atmosphere at 25,000 mph. A significant component of Artemis I is the test of the spacecraft’s ability to complete a precision landing and withstand temperatures exceeding 5,000 degrees Fahrenheit — information that will be crucial when astronauts are aboard. 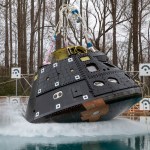 A drop test for a model of the Orion capsule NASA

“This is a mission that truly will do what hasn’t been done and learn what isn’t known,” said Mike Sarafin, Artemis I mission manager at NASA Headquarters in Washington, D.C. “It will blaze a trail that people will follow on the next Orion flight, pushing the edges of the envelope to prepare for that mission.”

Watch the Artemis I launch from home by tuning in to NASA Live at 2:30 p.m. ET on Sunday, November 13; the SLS is set to blast off between 12:07 a.m. and 1:16 a.m. ET early Monday morning. A post-launch news conference will follow, and NASA will also offer comprehensive coverage of the event on its website. 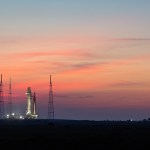