How Simply Smiling Can Boost Your Happiness, According to Science 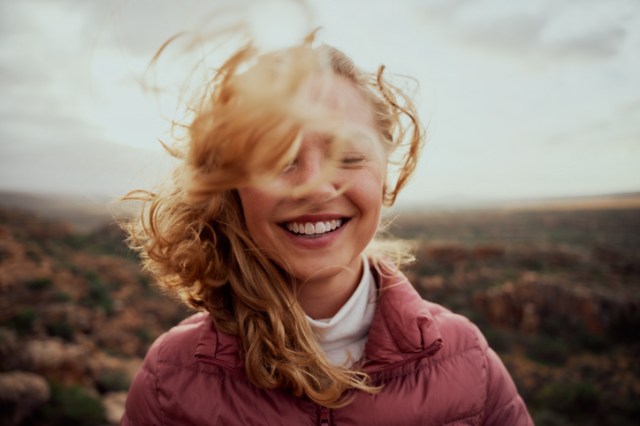 Can a smile a day keep bad feelings at bay?

A global collaborative study led by Stanford University research scientist Nicholas Coles has provided more evidence for the “facial feedback hypothesis,” which theorizes that a smile can indeed improve your mood — even when you’re not feeling so cheery.

The facial feedback hypothesis has been hotly debated in the scientific community, The Guardian reported, and even Coles admitted to previously being “on the fence” about its validity. Much of his research at Stanford focuses on this hypothesis and “the social, cognitive, and physiological processes that underlie emotion.” In an effort to prove or disprove that smiles can improve mood, Coles organized the Many Smiles Collaboration, a multi-lab analysis that recruited participants from all over the world.

“Rather than quibble and debate over Twitter and through journal articles, which would take decades and probably not be that productive, we said, ‘Let’s just come together and design something that would please both sides,’” Coles explained in a press release. “Let’s figure out a way that we could potentially convince proponents that the effect isn’t real, and potentially convince critics that the effect is real.”

RELATED: Small Acts of Kindness Can Have Big Impacts on Recipients, Study Finds

He and his fellow researchers recruited 3,878 participants from 19 countries and divided them into three study groups. The first group held a pen between their teeth without letting their lips touch it, triggering the facial muscles we use to smile.

The second group mirrored the facial expressions of smiling actors and the third group was told to move the corners of their lips towards their ears and raise their cheeks to mimic a smile. All groups then rated their level of happiness — and the result was a small, but significant, boost in positive emotions after a purposefully posed smile. This work suggests that happiness can be linked to simple physiological changes, Coles told The Guardian.

“The stretch of a smile can make people feel happy and the furrowed brow can make people feel angry; thus, the conscious experience of emotion must be at least partially based on bodily sensations,” he added in the press release. “Over the past few years, the science took one step back and a few steps forward. But now we’re closer than ever to understanding a fundamental part of the human condition: emotion.”