100 Years of Pup Power: Inside the Lives of Alaska’s Iconic Sled Dogs at Denali National Park 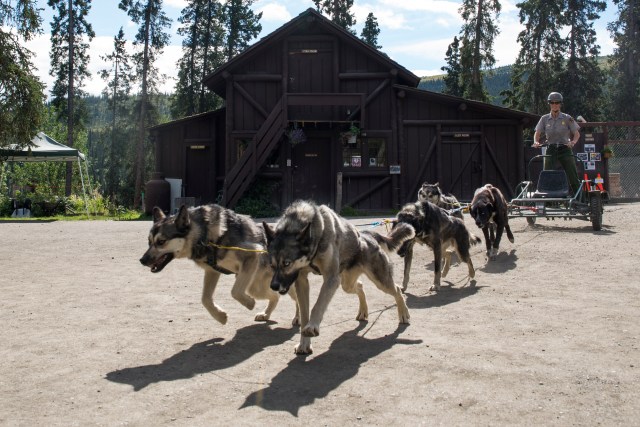 When you think of Alaska, a dog sled team trekking across rugged snow-covered terrain may come to mind as an iconic aspect of the state’s larger-than-life identity. As it turns out, it’s simply part of daily life within the vast confines of Denali National Park and Preserve.

This past winter kicked off the centennial celebration of the park’s sled dog kennel. A century earlier, in 1922, Mount McKinley National Park first engaged sled dogs to patrol the area. Previously, the dogs had largely been relied upon to guard against wildlife poaching and to establish the park’s boundaries. One hundred years later, some of Denali’s present-day Alaskan huskies — Jewel, Topo, Party, Cupcake, Venture, Happy, Clove, and Throne — led a ceremonial start to Alaska’s famous Iditarod Race. 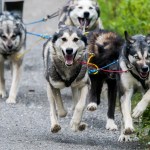 Denali’s kennel manager is David Tomeo, who took on the role in the fall of 2020. Previously, Tomeo had been working as Denali’s director of education programs, but he had to fulfill a long list of requirements to land the position, per Smithsonian — including establishing his extensive understanding of dog sledding, dog care, wilderness travel, and the pivotal role that dog sledding plays in conservation.

Tomeo oversees the care and training of the kennel’s roughly 30 canines, and recently shared the intricacies of the job with USA Today. While summertime is the height of tourist season — when the park’s kennel hosts 70,000 of the more than 600,000 people who visit the park annually — it’s technically downtime for the dogs, during which they’ll greet visitors and practice pulling the rangers in carts for demonstration. 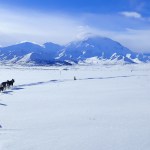 The rest of the year, Tomeo said these canines are full-fledged “working dogs,” engaged in activities like hauling supplies and helping park scientists throughout the vast expanse of the park — territory consisting of over 2 million acres. It should be noted that the kennel dogs never pull visitors on sleds; residents of Alaska are allowed to mush with their own dogs without a permit, and visitors may book a sled trip with an authorized guide; expeditions suggested by the National Park Service are listed here.

Snowmobiles and other motorized vehicles are forbidden for use by visitors within the federally designated wilderness area of the park; hiking, skiing, and dog sledding are the only modes of transportation allowed for the sake of preserving the natural habitat. Given that sledding was how the native peoples of Alaska traversed the land, it’s recognized as a “traditional mode of travel,” according to Tomeo. 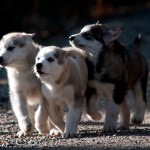 It’s also worth noting that, amongst the 400-plus federally-run parks in the United States, Denali is the only site at which dogs are part of the staff, according to Smithsonian.

Currently, the kennel’s newest litter of puppies is in the midst of a training year, meaning that they aren’t pulling a sled or otherwise engaged in official duties; instead, the puppies are shadowing the adult dog team on walks and following on the loose while the team leaders lead the sled or ski.

After working eight winters, Denali’s sled dogs officially “retire” at age 9. Given that the average lifespan of an Alaskan husky is upward of 15 to 16 years, Tomeo said that there’s a “long list” of prospective pet parents ready to welcome the kennel’s hard-working adult dogs into their homes as soon as they retire. “They become excellent, excellent pet dogs,” he told USA Today.

And while there’s normally a “puppy cam” available to showcase the adorable antics of these four-legged park employees, it has been turned off for the season. However, if you’re craving regular social media “pupdates,” look no further than the Instagram account of Denali National Park and Preserve.