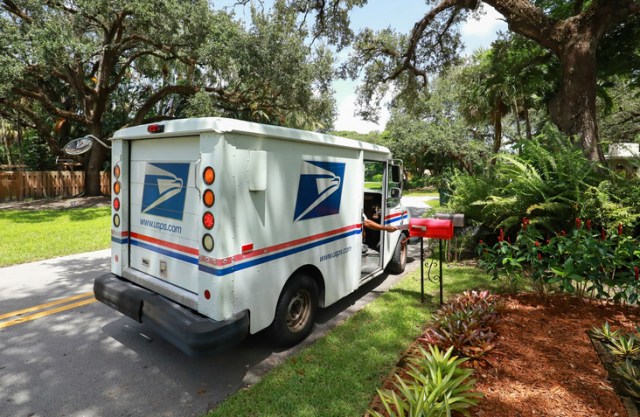 U.S. Postal Service workers are all heroes in their own right, and Johnnie Bell is perhaps the best example of that. Bell, who started out at age 23 making $1.81 an hour, is the nation’s longest-serving mail carrier and marked 70 years on the job in July.

“This is just something I do because I enjoy doing it,” the Oklahoma City resident said at a celebration honoring his achievement.

Bell began his career back in the 1950s, after serving in the U.S. Navy. Back then, in addition to a much lower hourly wage, a stamp cost just 3 cents — compared to the 60 cents we spend to send a letter today.

For his entire tenure, Bell has worked in Oklahoma City, where he “walks every step” of his business route in the city’s downtown area, USPS spokesperson Becky Hernandez told Linn’s Stamp News.

In 2017, the then 85-year-old explained why he hadn’t yet retired, and has no plans to. “I like my job and it gives me something to do 8 hours a day. It keeps my mind operating,” Bell said in an interview with News9. Luckily, over the course of his long career, he’s only been bit twice by a dog on his route.

Despite the changing world around him, Bell, who is a great-grandfather, maintains at least two constants: “I got the same job, same wife,” he shared with the outlet at the time, adding: “I’ve been blessed. I’m going to tell you something. I mean that with all my heart.”

Though he’s described as a man of few words, his coworkers at the Postal Service don’t hold back when it comes to praising him. “He is truly a public servant. He has an opportunity every day to interact with customers, which he thoroughly enjoys,” Julie Gosdin told KOCO News 5 this past summer at the ceremony celebrating his 70 years on the job.

Another coworker, Stephanie Fiordelisi, said, “He just loves everyone, and he has a way of just being magic and just drawing everyone together to where they just all felt like family.”