Not Sleeping Well at Night? Try Getting Some Sunshine During the Day: Study 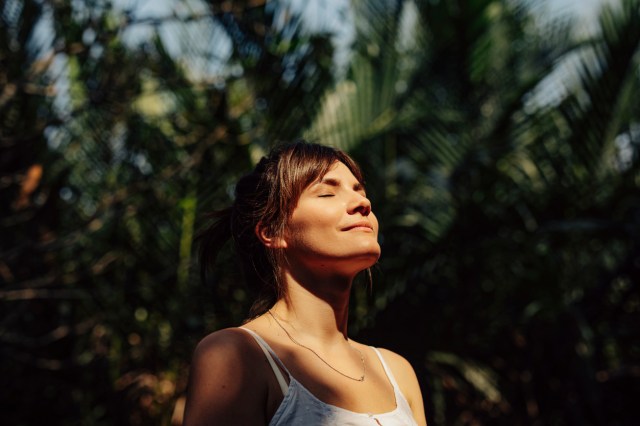 Have you found yourself feeling more drowsy and tired lately? Are you both hitting the hay later and wanting to stay in bed longer? Well, you may need to go outside more frequently, shake off those winter blues, and soak in some sunshine to sleep better.

A recent study, published in the Journal of Pineal Research, made a surprising discovery: People are more likely to go to bed later and get up later in the wintertime. Researchers studied 507 University of Washington undergraduates from 2015 to 2018, finding that they were on average going to sleep and waking up around 30 minutes later during the cold months. This surprised researchers who figured students would go to bed later in the summer when daylight saving time is in effect.

It turns out the lack of sunlight in the winter could be impacting people’s circadian rhythms and pushing them back. At least that’s what researchers in the sleep study have hypothesized. For the uninitiated, a circadian rhythm is a natural internal process that decides an individual’s sleep schedule, among other things, according to the National Institute of General Medical Sciences. It can be affected by both light and darkness, so much so that the CDC suggests dimming artificial light and darkening your room for a better night’s sleep.

But according to the study, researchers found the loss of natural light during the winter may have pushed back the students’ circadian rhythms by up to 30 minutes.

In an interview with the University of Washington News, researcher and author Horacio de la Iglesia said, “If you do not get enough exposure to light during the day when the sun is out, that ‘delays’ your clock and pushes back the onset of sleep at night.”

So based on the study, researchers determined that sunshine during the day played a greater role than artificial lights at night in determining when a person goes to sleep. Every hour of daylight moved up the students’ bedtime by 30 minutes. Meanwhile, artificial light had the opposite effect of delaying sleep by 15 minutes.

While there’s more research to be done, one can take away some valuable tips from this study. If you find yourself continuously staying up later, try going outside more throughout the day and spending time in the sun. It’s something that dogs have long realized, explaining why man’s best friend loves to sunbathe, according to PetKeen. Sunlight helps regulate their circadian rhythm. Even on an overcast day, researchers determined that sunshine still has the same effect. You can also try to minimize the amount of artificial light in your life in the evening hours.

So goodnight and pleasant dreams.