Meet Conan the Bacterium: The Ancient Species That Could Be Slumbering Deep Beneath Mars’ Surface 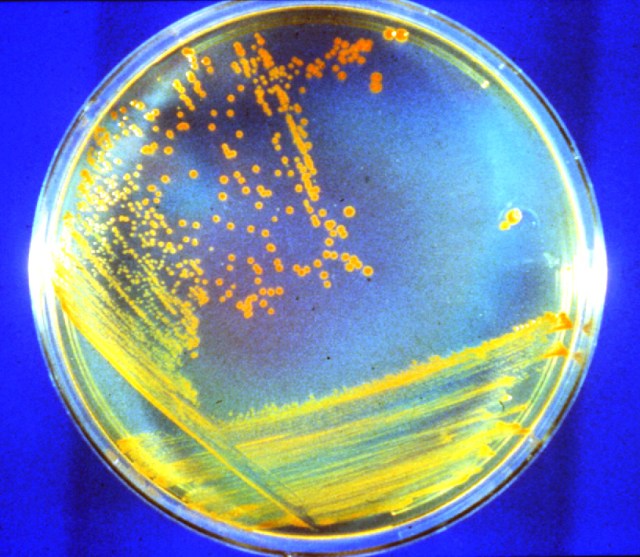 Billions of years ago, Mars may have been teeming with life. But these days, with its dry, arid landscape, ionizing radiation, and temperatures averaging negative 80 degrees Fahrenheit, the red planet is no longer habitable. However, a new paper published in Astrobiology suggests a certain type of bacteria might have endured the planet’s harsh environment for millions of years by lying dormant beneath the surface. And this particular species has a special nickname that hints at its perseverance: Conan the Bacterium.

Although scientists have yet to find evidence of life on Mars, this latest research indicates they might have a better chance of doing so than previously thought. Researchers simulated Mars’ conditions in a lab, then introduced six types of Earth-dwelling bacteria and fungi to determine how long the microbes could survive, CNN reports. They found that — if buried and shielded from ionizing radiation and solar particles — some bacteria could hold out for 280 million years. The unexpected insight suggests that if life did exist on Mars, the evidence might still be there.

Conan the Bacterium, a microbe whose Latin name Deinococcus radiodurans roughly translates to “strange berry that withstands radiation,” seems particularly well-suited to survive. According to the outlet, the bacteria, which resembles a pumpkin when viewed with a microscope, is a polyextremophile that can persist under severe conditions, including dehydration, acid exposure, and extreme cold. 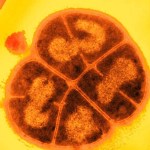 It’s also among the most radiation-resistant organisms, capable of soaking up incredible amounts of ionizing radiation without incurring damage. The microbe’s durability comes from its genomic structure, which connects chromosomes and plasmids to keep the cells aligned and facilitate self-repair after radiation exposure.

As for the name, it was inspired by the fictional character Conan the Barbarian, played by Arnold Schwarzenegger in the 1982 film of the same name. “Like a muscle-bound movie hero, it withstands attacks from acid baths, high and low temperatures, and even radiation doses,” NASA’s website reads. “Then, in a science fiction sequel, it dispenses lifesaving medications and reshapes a planet for new settlers.”

Previous research indicated that Conan the Bacterium could withstand 1.2 million years just below the Martian surface. The new study showed if dried, frozen, and buried 33 feet down, the microbe could actually survive far longer and ensure 140,000 units of radiation. This suggests that if a similar species evolved on Mars when it was more hospitable, it could still be there, deep under the subsurface, waiting to be discovered on a future mission like ExoMars or Mars Life Explorer.

“If Martian life ever existed, even if viable lifeforms are not now present on Mars, their macromolecules and viruses would survive much, much longer,” the study lead, Michael Daly, said in a statement. “That strengthens the probability that, if life ever evolved on Mars, this will be revealed in future missions.”