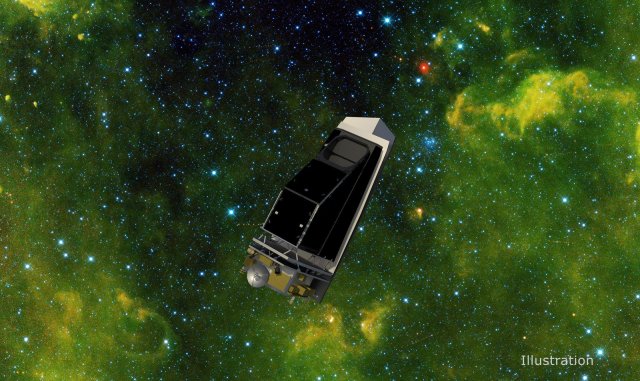 NASA is making big leaps in its goal of protecting Earth from cosmic threats. The space agency is currently working on a new telescope, dubbed the “next-generation asteroid hunter,” which promises to be a “game-changer” in identifying hazardous near-Earth objects.

In December, NASA announced in a press release that construction had begun on its Near-Earth Object Surveyor (NEO Surveyor) and outlined its goals for the telescope. The organization will send the device into space, to L1 Lagrange Point — 1 million miles from Earth, between our planet and the sun. Using two infrared heat sensors, NEO Surveyor will be able to identify both dark asteroids and comets and what NASA refers to as “Earth Trojans.”

Dark asteroids are currently harder to detect since they don’t reflect as much light. Likewise, Earth Trojans are cosmic bodies that travel from the direction of the sun. Due to the sun’s glare, it’s difficult for astronomers to identify these possible threats. Fortunately, NEO Surveyor would be able to spot these potential dangers, giving NASA early detection capabilities.

“For the first time in our planet’s history, Earth’s inhabitants are developing methods to protect Earth by deflecting hazardous asteroids,” Amy Mainzer, the mission’s survey director, said in a statement. “But before we can deflect them, we first need to find them. NEO Surveyor will be a game-changer in that effort.”

According to Cosmos Magazine, Earth is pummeled by 17 meteors each day, around 6,100 a year. Most of these pose little risk to humans, falling in uninhabited areas. In 2005, NASA made it its mission to identify 90% of near-Earth objects that are more than 460 feet in size and within 30 million miles of our orbit — objects that pose a significant risk should they impact the planet.

Last year, the organization demonstrated its first planetary defense test against an asteroid, successfully changing its trajectory. NASA is no longer leaving Earth’s chances up to a game of blindly playing cosmic dodgeball, and NEO Surveyor is the next step in its plans.

So when should we expect the asteroid telescope to take to the stars? According to USA Today, it will be set to launch by June 2028. Back in November, the project passed a key technical and programmatic review milestone. But although construction is underway, it will take some time to complete.

“The project team, including all of our institutional and industrial collaborators, is already very busy designing and fabricating components that will ultimately become flight hardware,” Tom Hoffman, NEO Surveyor project manager, said in the press release.

It won’t be long before NASA has a better surveillance of what is going on in our cosmic backyard. Cue audible sigh of relief.