After Cincinnati Zoo’s Global Contest, Fiona the Hippo’s Baby Brother Has a Name 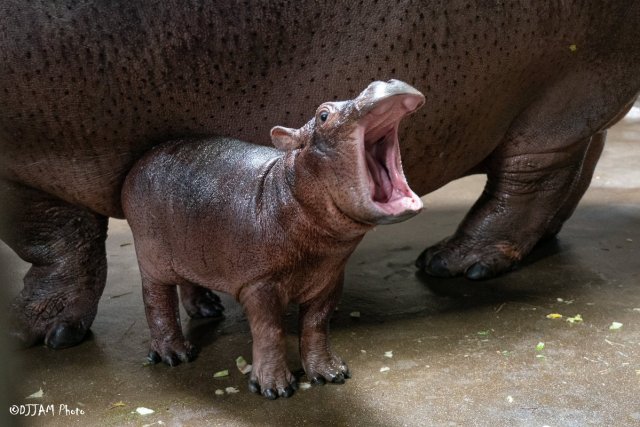 A (very big) bundle of joy was delivered at the Cincinnati Zoo & Botanical Garden on August 3. And now, after a worldwide internet poll, the bouncing baby hippo has officially been named: say hello to Fritz.

The impossibly cute hippopotamus calf joins his mother Bibi, dad Tucker, and sister Fiona, who had a dramatic start to life when she was born six weeks premature in 2017 and quickly became one of the zoo’s most popular residents. The newest addition to the family was at least twice as big as his sister at birth and was allowed to spend two weeks bonding with his mother behind the scenes before being introduced to the public.

After receiving over 90,000 submissions from all 50 states and more than 60 different countries in the naming poll, zoo officials narrowed down the options to two names, Fritz and Ferguson. Over 200,000 people voted, and it was a fairly close call: Fritz received 56% of the votes and Ferguson 44%.

“We would have been happy with either name, but we really think the name Fritz fits this spunky little guy’s personality,” Cincinnati Zoo’s head hippo keeper Wendy Rice said in a news release, adding that the name seems particularly fitting since Bibi the hippo became pregnant despite being on hippo contraceptives. “We also thought it was funny that it was suggested because ‘Fritz’ is here due to Bibi’s birth control being ‘on the fritz’.”

The zoo has been proudly showing off Fritz on its Twitter channel, posting his first venture into his outdoor habitat and pool and updating followers on his ever-increasing weight, writing in one tweet that “hippo calves can gain 2-3 lbs per day.” In another, accompanied by an adorable video, the zoo boasts that Fritz “seems to be full of personality just like his big sis.”

The account shares interesting facts about the zoo’s other animal residents as well, including a tamandua named Isla, a 16-year-old giraffe named Tessa, and a pair of lions named John and Imani.