“Ultra-Rare” 1913 Liberty Head Nickel Sells for Whopping $4.2M — One of Only Five in Existence 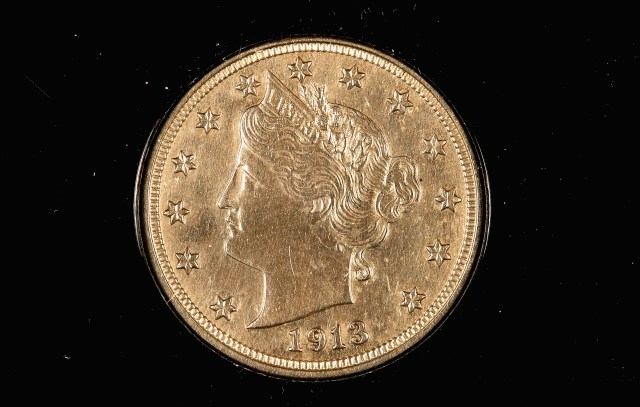 Sometimes a nickel isn’t worth just 5 cents. Last week, one from 1913 sold for a whopping $4.2 million dollars.

The nickel in question, called the Walton 1913 Liberty Head Nickel, was acquired by GreatCollections auction house and boasts “one of the greatest stories to ever be told in U.S. numismatics,” per a press release.

The “ultra-rare” coin is one of only five like it in the world and has long been far more valuable than its 5-cent symbol denotes. In 1913, the Liberty Head design had been retired in favor of the new Buffalo design; no nickels were meant to be printed with the former figure. Mysteriously, though, a small batch was created anyway.

Then, in 1919, a man named Samuel Brown ran an advertisement in a coin-collecting magazine offering $500 dollars for each nickel — alerting the public to their existence for the first time. Shortly after, Brown, who was a U.S. Mint employee, announced that he was in possession of all five nickels, according to the American Numismatic Association. Research points to him acquiring them during his time at the money-printing institution, however — leading to speculation that he had them printed illegally and ran the ad to raise their value, Numismatic News reports.

Over the decades, the five precious coins were sold and changed hands numerous times, each eventually taking on a nickname based on the collector who had purchased it: Norweb, Eliasberg, Olsen, Walton, and McDermott. 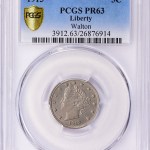 The Walton nickel itself has its own storied history. Purchased by George Walton in 1942, the coin made appearances at several coin shows in the following years. But in 1962, after Walton died in a car accident, it was incorrectly deemed a counterfeit and thus relegated to the back of a closet by the late collector’s family. It wasn’t until 2003 that the Walton 1913 Liberty Head Nickel was authenticated at a coin convention in Baltimore, resuming its rightful designation as part of the original five.

It was then auctioned off in 2013 for more than $3 million, and later came into the possession of the Firman family in 2018, who sold it to GreatCollections this month for $4.2 million. In a statement, Ron Firman said, “Our family thoroughly enjoyed owning the Walton 1913 Nickel for the past four years and it was very fulfilling for us to have it on display at the American Numismatic Association Money Museum for all to enjoy during this entire period.”

The auction house also purchased another of the five nickels just last year, the Eliasberg, as part of a $13.35 million three-coin deal. “The 1913 Nickel is one of the few coins that transcends into the non-numismatic world and to handle two of these in a short period of time has been a thrill,” GreatCollections President Ian Russell said.

How’s that for motivation to hang on to the change you may have jangling around in your pockets?