This 3D-Printed Clay Humidifier Works Without Electricity: Inside the Design — Exclusive 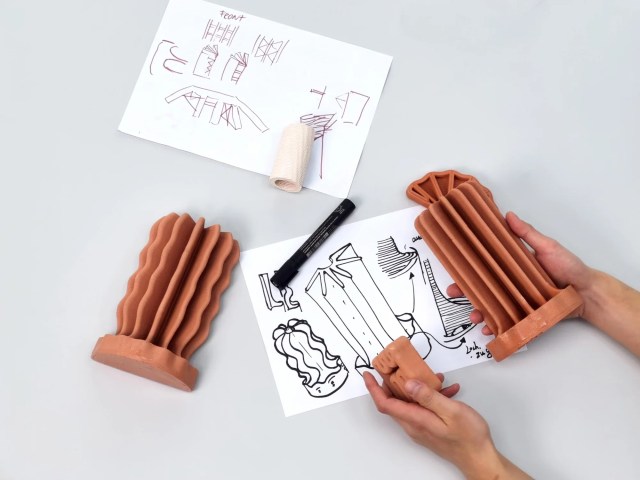 From burdock burrs and Velcro to shark skin and airplane coatings, nature has inspired some of the world’s most interesting innovations. Now, an industrial designer has created a 3D-printed clay humidifier that absorbs and evaporates water without electricity, just like trees.

Jiaming Liu crafted the eco-friendly Print Clay Humidifier as his master’s graduation project at Folkwang University of the Arts in Essen, Germany. In addition to its energy-saving properties, the humidifier is made with recycled ceramic powder. According to Liu’s website, the product can be recycled at the end of its lifespan. 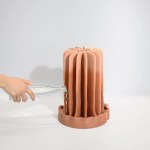 “The inspiration for the shape comes from the way trees work in nature. The bottom water storage part is like the ground and soil. The extension curve is like the root of a tree absorbing water,” Liu told Nice News of the design. “The main part carries water upward and radiates, like tree trunks and branches.”

The lower component holds up to 500 milliliters (0.13 gallons) of water and is glazed on the exterior to prevent moisture from wetting the surrounding surface, Fast Company reported. Extension curves inside the container absorb the water through the clay’s pores before the moisture rises to the upper portion and humidifies the room.

During his semester at Folkwang, Liu “conducted a series of tests on printing technology and recycled materials by using the printing ceramic machine provided by the school’s ceramic workshop and learning about the problem of industrial waste generated by ceramics,” he told Nice News. 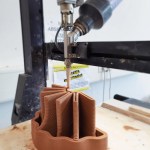 He experimented with several styles as well as different materials and shapes. But he found the ridged clay design to be the most efficient. Per Fast Company, the combination of clay and recycled ceramic powder also fortifies the structure and boosts its absorption abilities.

Though the design isn’t yet available on the market, Liu would be happy to make it happen if any companies are interested. He told Fast Company that the concept can be used for other purposes, too. For example, a smaller scale model can be used as an aroma diffuser in yoga studios or shops. 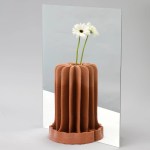 His invention is the latest in a series of smart and deceptively simple eco-friendly solutions that have come about in recent years. According to the outlet, the Print Clay Humidifier’s evaporation process is the same as that which powers the non-electric Nave AC system. That piece, invented by Israeli designer Yael Issacharov, was inspired by the Palestinian “jarrah,” a terra cotta container that’s used to cool drinking water and the surrounding room. Good News Network reports Issacharov won gold at the prestigious IDA Design Awards and bronze at the A’Design Awards for her work.

“The traditional building methods are more sustainable because they have to use what they have at hand and nothing more,” Issacharov told Fast Company. “We have the privilege to regulate these principles using technology that exists now.”