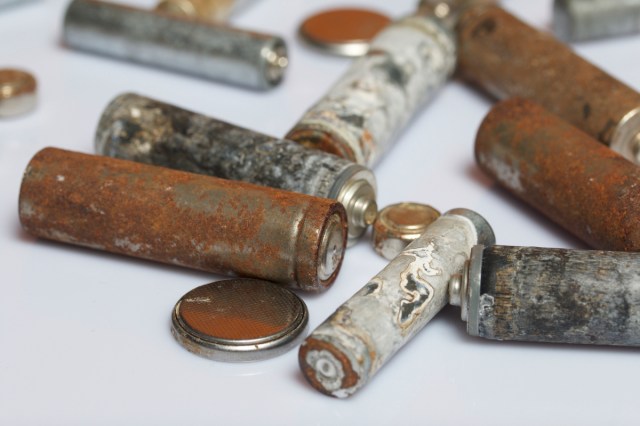 The concept of clean fuel is typically associated with the 21st century, but scientists at a startup called Form Energy are looking to the past to discover energy storage solutions for the future.

Here’s some background: Today’s battery market is largely dominated by lithium-ion, which is used in everything from electric cars to remote controls and accounted for 90% of large-scale battery storage in the United States in 2019. While many prefer reusable lithium batteries  to fossil fuels, an estimated 2 million liters of water are required to extract one ton of lithium from reserves, a process that causes soil contamination and other forms of environmental degradation. Though potential battery alternatives have been investigated, like sodium, seawater, magnesium, and even hemp, Euronews reports, the technology we need may already exist.

First invented in 1878, metal-air batteries use inexpensive and abundant metals, like iron, aluminum, and zinc. But because they require oxygen to create their charges, the batteries previously had a tendency to rust, causing them to corrode quickly and limiting their energy capacity. Now, a team led by Form Energy’s Chief Science Officer Yet-Ming Chiang is giving the vintage power sources a modern-day makeover that could be the answer to past problems.

With the help of a new process called “reverse rusting,” Chiang and his colleagues are developing an iron-air battery that could provide multi-day storage for renewable energy within the next two years. “When you reverse the electrical current on the battery, it un-rusts the battery. Depending on whether the battery is discharging or charging, the electrons are either taken away from or added to the iron,” Chiang, who is also a professor at the Massachusetts Institute of Technology, explained to Popular Science.

Electric cars may not be the best medium for the new iron-air batteries, as their watts per kilogram rate — or as Chiang described, “the rate at which energy is stored and then discharged” — is fairly low in comparison to the lithium-ion batteries the vehicles currently rely on.

But the technology could have plenty of other applications. Per Form Energy’s research, the reverse rusting method allows the batteries to deliver 100 hours of clean electricity at $20 kilowatts per hour — much lower than the $200 kilowatts per hour required by lithium-ion.

Other scientists around the world are looking at similar sustainable solutions: One team of researchers at the University of Münster in Germany is developing a rechargeable zinc-air battery, and a startup in Canada has already released its own version of the same technology.

Chiang believes that in addition to being cost effective, metal-air technology, and specifically iron-air batteries, could revolutionize how energy is stored in the future and may “help mitigate climate change by mid-century.”