Meet the Artist Spreading Positivity One Mural at a Time: Exclusive 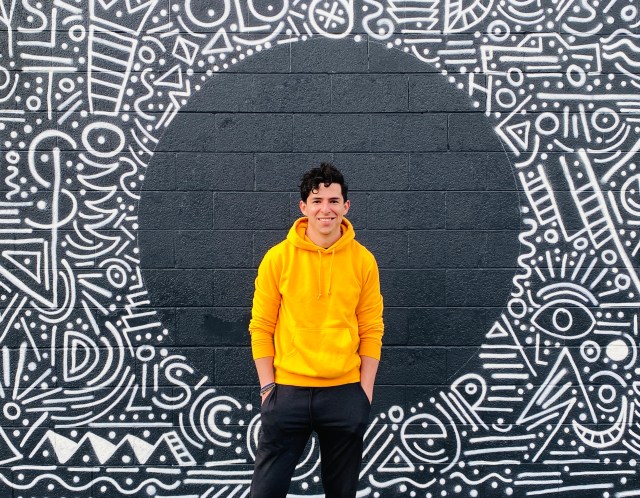 For 15 years, Mexico-born artist Charlo Walterbach worked as a graphic designer, creating branding systems and websites for companies, and only painting for himself in his free time. He had chosen a stable career path and was succeeding in it, but something kept knocking around in the back of his mind: He couldn’t stop thinking about making a mural.

A few years ago, his sketchbooks “started getting bigger,” the artist, who goes by the mononym Charlo, said from the stage of TEDxMileHigh: Reconnect this August. Next, he began drawing on big pieces of discarded cardboard. “The idea of making a mural was so symbolic to me because it represented reconnecting with a part of myself I had lost somewhere in my yearning.”

He didn’t know exactly how or, more accurately, where to make a mural. So he shared his idea on the app Nextdoor, along with some of his artwork, hoping someone would offer up a free wall for him to paint. He got a response — but not for a wall, for a garage door. A few days later he met the owner, a man named Clay, and hours after that, he had completed his very first mural. Clay was ecstatic, and so was Charlo. 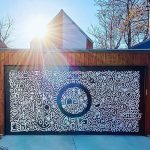 “It sounds so simple now, but in that moment, my life changed,” he said, “I had realized by doing something I really wanted to do, I could create joy — not just for myself but also for others around me.”

In addition to being the head of visual design at Pardon Inc. (Nice News’ parent company), Charlo quickly began making a name for himself as a muralist. Within 18 months, he was painting among the skyscrapers in Manhattan. He had been invited in 2021 by Nextdoor and the New York Stock Exchange to create a live mural entitled “The Joy of Being Together.”

“I had realized by doing something I really wanted to do, I could create joy — not just for myself but also for others around me.”

“Doing street art allows me to connect with people,” he told Nice News. One of his murals included nine flowers to represent a couple’s nine-year wedding anniversary, another featured a family’s dog. So far he’s created more than 50 murals and has beautified over a dozen alleyways across Colorado’s capital. “[Denver] has become my gallery,” he told Real Simple earlier this year.

The monochromatic murals are seemingly simple yet strikingly complex at the same time. His bold, beautiful drawings of interconnected shapes and symbols are rich with imagery and often incorporate hidden messages that are only perceptible to specific viewers, but no less powerful to the general audience. 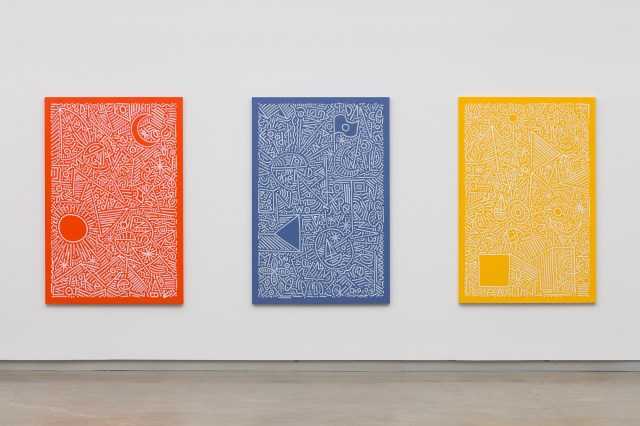 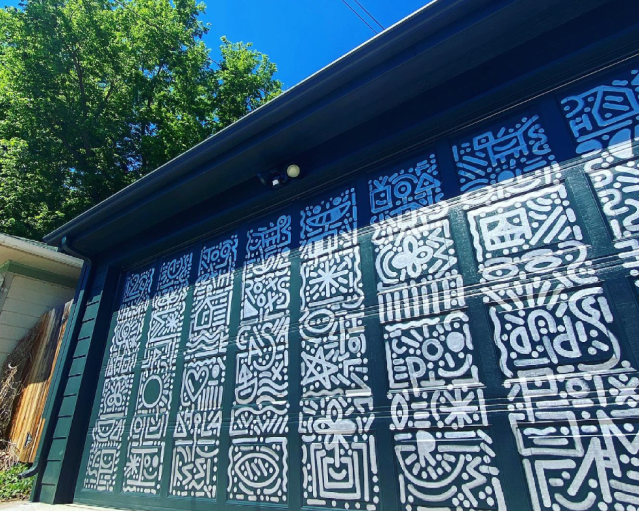 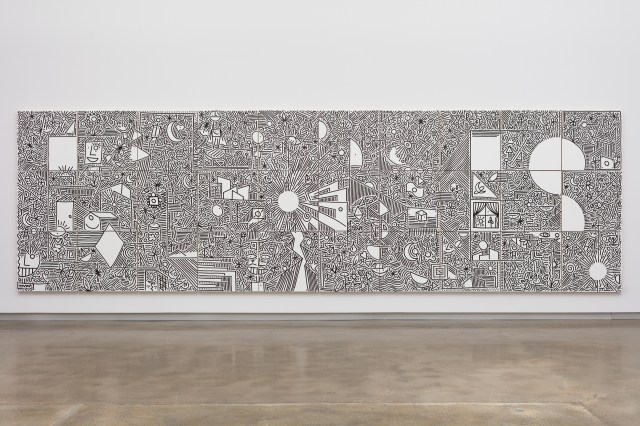 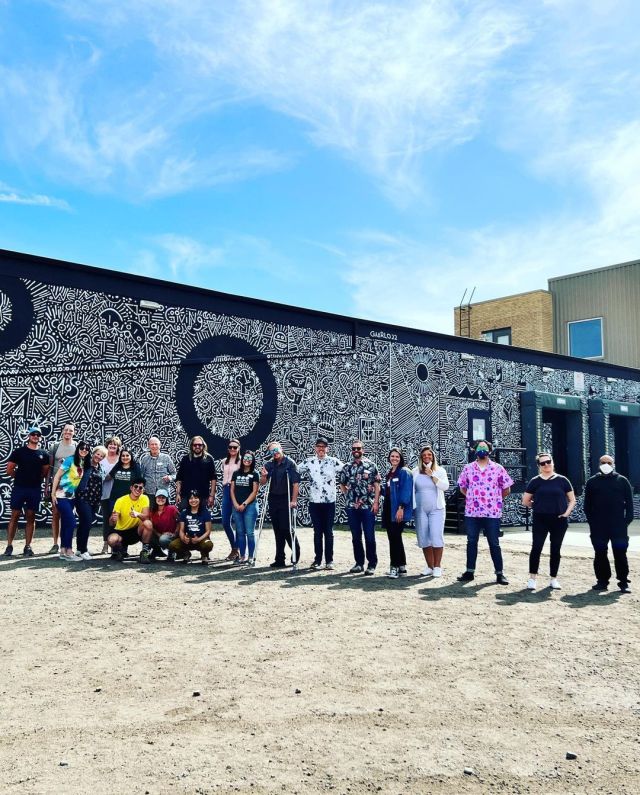 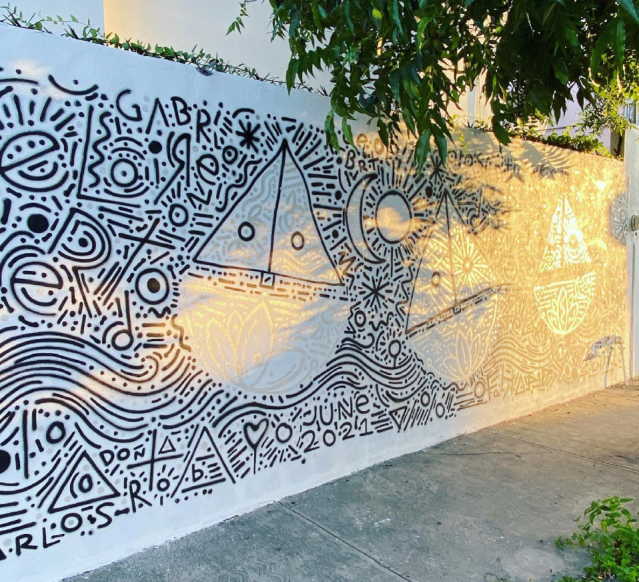 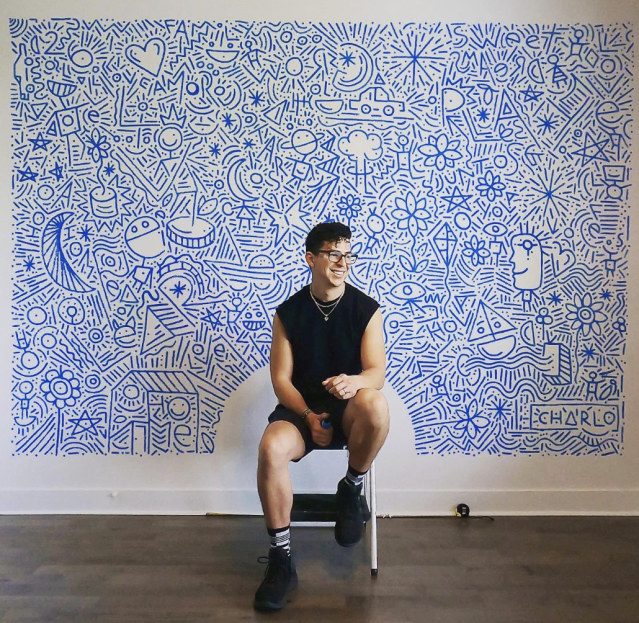 His most recent exhibition, entitled “The Gratitude of the Flowers,” is being presented by New Collection in Denver. It opened on August 20 and runs through August 28.

The show pays homage to his mother’s family name, Flores. “I’ve always been surrounded by flowers,” he told Nice News, elaborating on the meaning of the title, “basically, it’s very magical and it’s almost like it planted a seed to start thinking of gratitude.”

He’s making waves and moving people with his art, and likely the world will be hearing and seeing much more of him.

His most meaningful mural to date? “Nothing will ever compare to [the mural] that I did in the house where I grew up for my family who still lives in Mexico,” he said from the TED stage. “There’s a big physical distance between us, but we have a very strong bond.”