Therapist and Filmmaker Team Up to Talk Mental Health Through the Lens of Movies: Exclusive 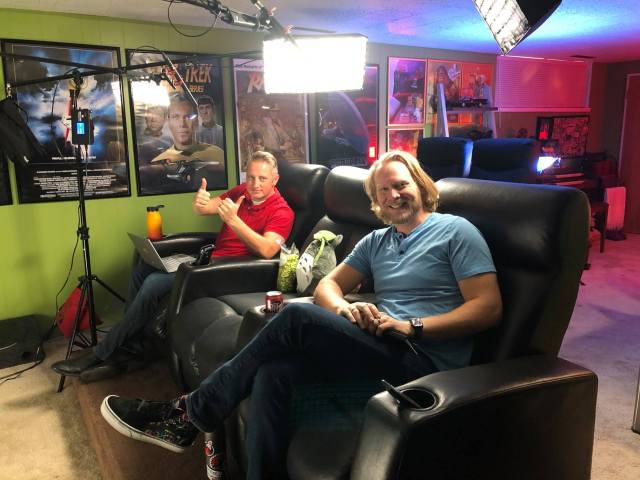 You may see your movie watching sessions and therapy sessions as completely separate activities, but they’re probably more linked than you think. For example, The Incredible Hulk sheds light on anger management, Titanic is a study on relationship compatibility, and the horror film It is an easy segue to talking about childhood trauma.

Those are just three of the over 100 mental health topics Jonathan Decker and Alan Seawright have covered on their popular YouTube channel, Cinema Therapy. The duo have been friends since college, but in 2020 decided to merge their areas of expertise — Decker is a licensed therapist and Seawright a filmmaker — to discuss mental health through the lens of film.

Decker appropriately turns to a Mary Poppins quote to explain the channel. “The mission of Cinema Therapy is to provide the spoonful of sugar that helps the medicine go down, so that people learn about improving their mental health, their emotional health, their relationships in a way that is not abstract, but it’s something they can latch onto, which is pop culture and entertainment,” he told Nice News.

As a family therapist, he said he has used movie clips while teaching relationship classes, and even prescribed certain films to clients in the past. Decker said he’s done so because seeing things through a character’s point of view can often nudge patients to realize things about themselves. And now he’s taking that concept, as well as what he called “the healing power of cinema,” to the masses with Cinema Therapy.

“We connect with the characters, we gain insight through their journey for our own lives,” he explained. “And because it’s their story, not ours, we have enough emotional distance to have lightbulb moments, whereas in our own life we could be so emotionally in the middle of things that we can’t see clearly.”

The endeavor is also an opportunity to break down stigmas around mental health in a way that’s both fun and educational. Decker said he hopes viewers will come away with a better understanding of certain mental health struggles so they can seek help themselves when needed, or support their loved ones who may be going through something.

In two years, he and Seawright have cultivated a community of nearly 900,000 subscribers, many of whom have jokingly started calling them their “internet dads,” Decker said.

“We tried to create a space where more traditional, conservative, religious people and more progressive, liberal people, and LGBT and Muslim and Christian and atheist [people], everyone could just kind of come together and be friends, which is a really ambitious thing to try,” he added. “And so far it’s working.”