Mars at Its Brightest, Winter Solstice, and More: Your Guide to the December 2022 Night Sky 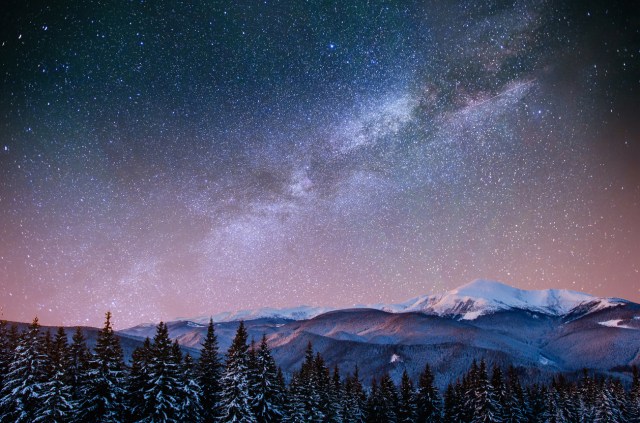 December’s night sky brings us Mars at peak brilliance, a lunar occultation, and two meteor showers to look forward to, along with Winter Solstice heralding the first official day of winter (which is actually not weather-related).

Of course, we can’t forget the December night sky event: North American Aerospace Defense Command (NORAD) will begin tracking the whereabouts of Santa and his reindeer-led sleigh starting at 12:01 a.m. MST on December 24 — a tradition that’s been maintained since 1955.

Mars will be at its most dazzling in the last month of 2022. At some point between the evening of December 7 and the early hours of December 8, depending on your location, we’ll be treated to an “occultation,” during which time the full moon will pass in front of Mars. If you’d like to watch from the comfort of your couch, the Griffith Observatory will be hosting a live online broadcast of the occultation of Mars by the moon from 6-7:45 p.m. PT on December 7.

And on December 8, Mars will be at opposition, fully illuminated by the Sun and at its brightest for 2022. Should you have access to a telescope, you may even be able to glimpse some of the red planet’s surface details

On December 21, Mercury will be at its greatest eastern elongation, which means it will be farthest from the sunset and at its highest point above the horizon in the night sky. 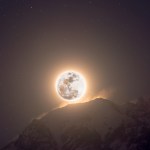 This month’s full moon, known perhaps not so surprisingly as the Cold Moon, will reach peak illumination at 11:09 p.m. ET.

Promising up to 120 multicolored meteors per hour, the Geminids Meteor Shower is the one to watch this month. Dubbed “the king of the meteor showers” by SeaSky, it can best be viewed from a dark location after midnight. The annual shower peaks this year on the night of December 13 and the morning of December 14.

Considered the first official day of winter in the Northern Hemisphere, December’s solstice — taking place at 4:48 p.m. ET on December 21 — is marked by the moment when the sun reaches the Tropic of Capricorn. It’s more commonly known for being the day with the shortest amount of sunlight, after which point the waning of daylight hours begins to reverse and the days once again grow longer as we draw closer to March’s daylight saving time. 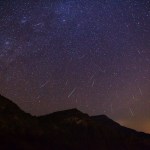 Generally considered to be a minor meteor shower — only producing up to 10 meteors per hour — the Ursids meteor shower is the result of lingering dust grains left in the wake of the comet Tuttle, discovered in 1790. Given that it takes place close to the December 23 new moon and its darkened skies this month, you may be lucky enough to spot its meteors, particularly if you’re in a rural area away from city lights. It peaks on the night of December 21 and the morning of December 22.

The new moon is the perfect time to stargaze since the lack of moonlight means that the stars and planets are more visible.